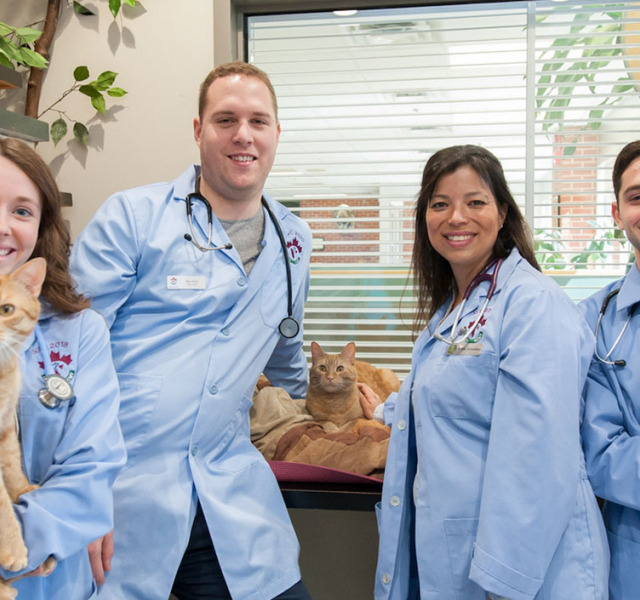 Community Outreach and Awards
Your search has returned no results.

We have so many wonderful stories to tell here at the Atlantic Veterinary College. Our faculty, students, and staff are doing great things to improve animal and human health. Visit AVC Friends and Family on Facebook to find out more.

Offered three times a year, the AVC Community Workshop Series provides the public with practical information about animals and their health. Faculty and staff presenters share their expertise in animal health and welfare with the community.

On the last Saturday in September each year, we throw open the doors to the public during our annual AVC Open House, offering people of all ages—from babes in arms to seniors—an interactive and fun behind-the-scenes look at veterinary medicine. Attracting approximately 2,500 people annually, this student-organized event is one of the largest open houses in Atlantic Canada.

AVC's community outreach events are promoted through the media, and on AVC Friends and Family Facebook.

UPEI recognizes its outstanding alumni through various events and awards.

Atlantic Award of Excellence in Veterinary Medicine and Animal Care

Established in 2005, this annual award recognizes excellence in veterinary medicine and animal care in Atlantic Canada.

A call for nominations will be issued in early December each year. The deadline for applications is January 31.