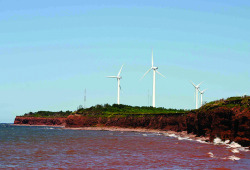 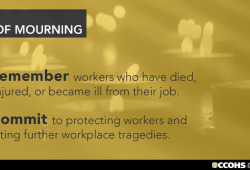 UPEI to observe National Day of Mourning on April 28

UPEI will observe the National Day of Mourning by flying the flags near Kelley Memorial Building and at UPEI Alumni Canada Games Place at half-mast. 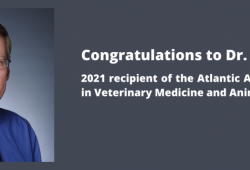 Dr. Gary Conboy selected as the 2021 recipient of the Atlantic Award of Excellence in Veterinary Medicine and Animal Care

The Atlantic Veterinary College (AVC) is pleased to announce that Dr. Gary Conboy, professor emeritus, has been selected as the 2021 recipient of the Atlantic Award of Excellence in Veterinary Medicine and Animal Care. 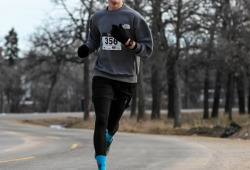 UPEI Cross Country announces that 18-year-old Benji Dueck from Morden, Manitoba will join the team this fall and study kinesiology. 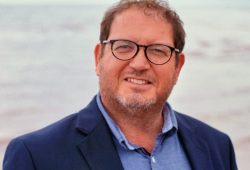 The following is a media release issued by the City of Charlottetown on April 20, 2022:

The City of Charlottetown, in partnership with the Town of Stratford and the School of Climate Change and Adaptation at the University of Prince Edward Island (UPEI), has launched Climate Trackers—a new citizen-science based sustainability initiative. 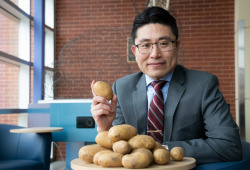 A multidisciplinary team at the University of Prince Edward Island made up of experts in climate change, gene sequencing, agriculture diseases, and precision agriculture has received $20,000 in funding from Genome Atlantic for a research project titled “Identification of Climate-Resilient and Wart-Resistant Potato Varieties for PEI.” 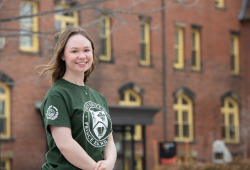 The UPEI Experiential Education department is seeking non-profit organizations on PEI to participate in its ChangeMakers program, which is aimed at developing, supporting, and celebrating students’ community work. 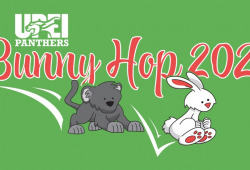 For the second consecutive year, the UPEI Distance Running Program is managing the popular PEI Bunny Hop, which will take place on Saturday, April 16, starting at 8:30 am. 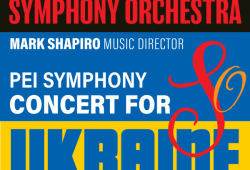 The following is a media release issued by the PEI Symphony. Among the musicians performing in the concert will be faculty members and graduates from the UPEI Department of Music.

The PEI Symphony Orchestra is holding a benefit concert for the people of Ukraine on Sunday, April 24, at 2:30 pm, at the Confederation Centre of the Arts. The concert will feature music by Ukrainian composers, music written for Ukraine, and music that symbolizes unity and strength in adversity, including Beethoven’s Fifth Symphony. 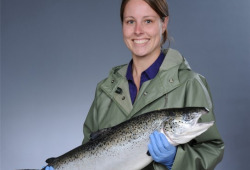 Charting her own path in aquaculture

When Dr. Bernita Giffin graduated from the Atlantic Veterinary College (AVC) at the University of Prince Edward Island in 2009, she could have never guessed her journey in veterinary medicine would take her to Paris, France.