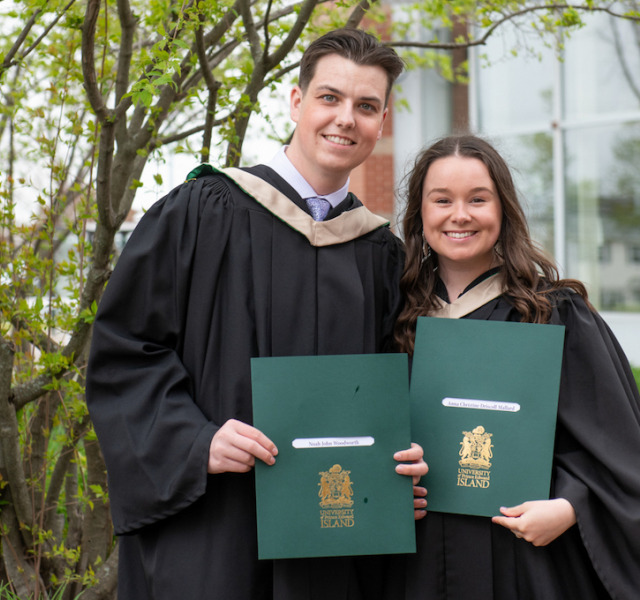 Honorary Degrees
Your search has returned no results.

An honorary degree is an academic degree for which a university has waived the usual requirements, such as matriculation, residence, study, and the passing of examinations. The degree is typically a doctorate and may be awarded to someone who has no prior connection with the academic institution.

UPEI honorary degrees are intended to recognize outstanding provincial, national, and international contributions in any field(s) of endeavour. Whether these are made by Prince Edward Islanders, or by individuals with strong PEI connections, their contributions should reflect extraordinary intellectual or artistic achievements or significant service to society at a standard of excellence that merits the University's highest honour.

The tradition of granting honorary degrees at UPEI dates back to 1960 at the Convocation of one of our founding institutions, Saint Dunstan’s University.