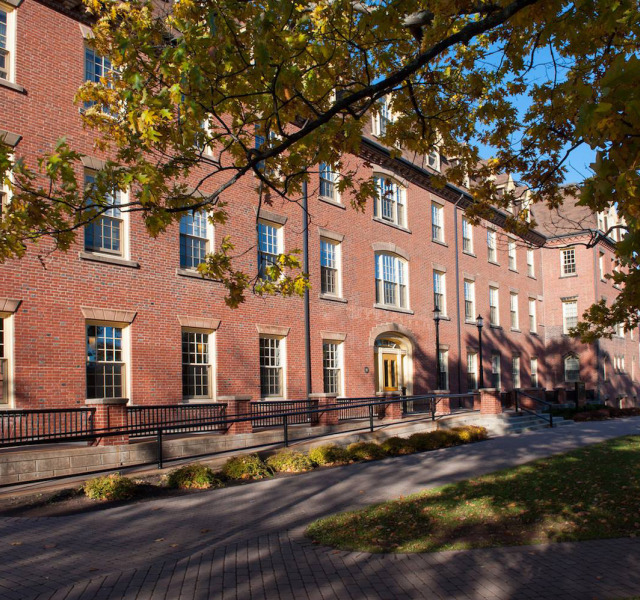 Asian Studies
Minor - Faculty of Arts
Your search has returned no results.
Overview

Asia is the home of the most ancient and longest-lived civilizations the world has witnessed and of most of the world’s present population. Moreover, recent history would be impossible to write without frequent reference to Asia.

Many of the momentous events of modern times can be evoked by the names of Asian countries: Japan, China, Israel, India, Pakistan, Korea, Vietnam, Afghanistan, Iran, and Iraq. The resolution of many of today’s pressing issues requires an understanding of the needs and interests of the Asian peoples.

Current students can declare a minor in this program through their myUPEI account.

Asian Studies at UPEI is a flexible interdisciplinary program. For this and other reasons, we have developed no formal regulations regarding when you should take the core and elective courses and how you can integrate them. But here are some flexible guidelines:

Most of the elective courses are introductory courses, which can be completed in your second, third, and fourth years at UPEI. You can take the Asian language courses (AS 1010 and AS 1020) in any semester/year we offer them, but we encourage you to complete at least AS 1010 (Introduction to Japanese I) by your second year.

We also encourage you to take core courses (Asian Studies 2010 and 2020) in the first or second year, so that you can have a broad introductory preparation in Asian Studies before taking the electives offered by Religious Studies, Sociology/Anthropology, and Political Studies.

If this is not possible due to your Major requirements and academic schedule, then you may take Asian Studies 2010 and 2020 even in the junior and senior years, while taking some of the electives or after completing them.

The core courses will be offered every other year, alternating with the Japanese language courses: Asian Studies 2010 in the first semester, and Asian Studies 2020 in the second semester. But not all electives are offered every year because the participating departments have their own curriculum needs and plans. Accordingly, try to take the required number of electives as they are offered in different years.

Religion and the Arts

The Departments of Political Science, Religious Studies, and Sociology/Anthropology accept Asian Studies 2010/2020 as substitute prerequisites for any of their courses on this list.

Each year we award over 3,000 scholarships and awards to qualified students. Our comprehensive program—valued at $5.7 million—includes some awards that are full-tuition and renewable!

UPEI's undergraduate tuition is the second-lowest in the Atlantic region, and we offer more than $5 million in scholarships and awards.