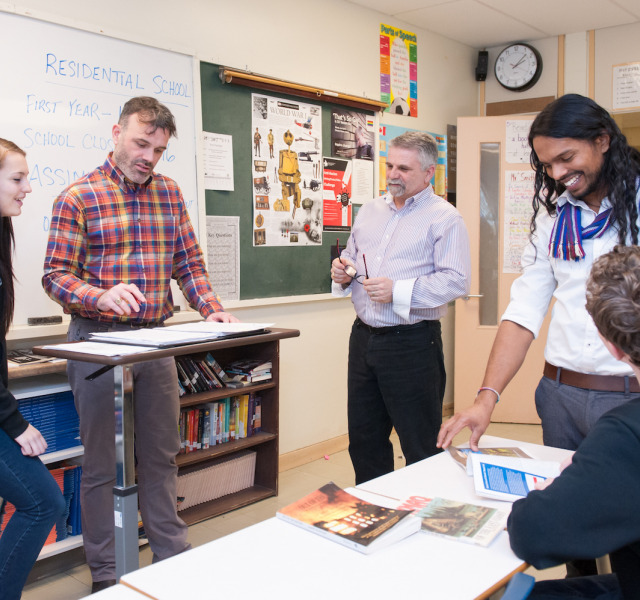 Nunavut MEd Program
Your search has returned no results.

Until May 2007, no Inuit educators in Nunavut held graduate degrees in education. Since the July 2009 graduation, 23 Inuit educational leaders hold MEd degrees. A second iteration of the MEd was completed in the spring of 2013.

Offered by the University of Prince Edward Island in partnership with Nunavut's Department of Education, St. Francis Xavier University, and Nunavut Arctic College, the Nunavut Master of Education in Leadership and Learning is the first graduate program to be offered in Nunavut.

The MEd program consists of ten courses, taken over the span of 3 years. Courses are offered as a combination of intensive face-to-face components (on campus at UPEI, in Iqaluit at the Inuit Arctic College, or in Rankin Inlet) and online distance education courses. Most courses have built-in on online supports. In addition to these courses, an individual research project is completed in the candidates’ communities.

Twenty-one Inuit educational leaders were the first graduates of the Nunavut MEd program. The day before their convocation ceremony, they presented the results of their final research projects at a closing symposium.