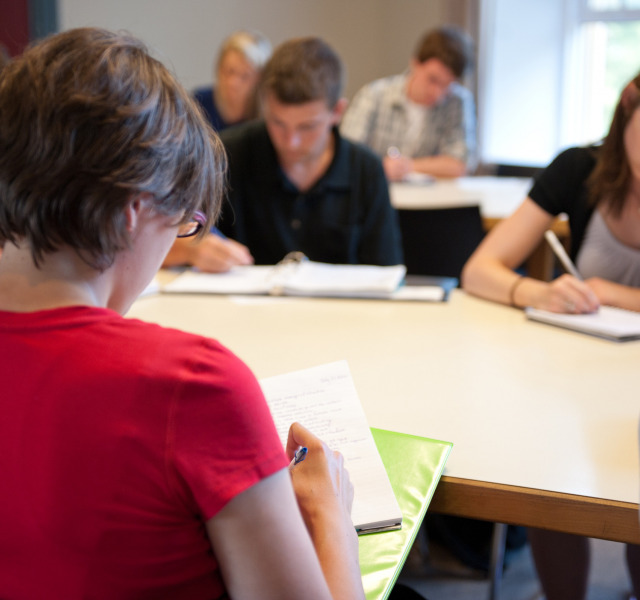 Our Department
Your search has returned no results.

When St. Dunstan’s University and Prince of Wales College amalgamated in 1969 to form the University of Prince Edward Island, most of UPEI’s new departments were staffed by professors who had taught those same subjects at SDU and PWC. Religious Studies was a special case, however. On the one hand, neither of the earlier universities had an actual Religious Studies program. As a Roman Catholic institution, St. Dunstan’s had compulsory courses in Theology; and Prince of Wales had no program in religion at all. On the other hand, Catholic-Protestant relations in Prince Edward Island were still a major concern in the 1960s, and the place of religion in higher education was much debated. In fact, the group of concerned citizens who promoted the idea of establishing UPEI took this question so seriously that they published an entire booklet on the subject, arguing that a broad Religious Studies program ought to be a prominent part of the new University, with participation invited from various faith groups in the community.

As events unfolded, UPEI was created with a small Department of Religious Studies, consisting of three full-time professors. Two were from the St. Dunstan’s faculty, who themselves held B.A. degrees from SDU. Dr. A. Bernice Cullen, CSM (Ph.D., Notre Dame), handled the courses in biblical studies, early Christian thought, and religion in literature; her great love of teaching was expressed in one of her favourite maxims, “I don’t teach courses; I teach students.” The Rev. Dr. Thomas M. MacLellan (Ph.D., Laval) taught the courses on basic Christianity and systematic theology, with special devotion to the thoughts of St. Thomas Aquinas. They were joined by the Rev. Dr. I. David Morrison (Ph.D., Ottawa), who specialized in modern theology and human rights.

UPEI’s Religious Studies program has evolved in keeping with changes in the discipline, the community, and the world at large. When Dr. Cullen retired in 1979, Dr. Philip G. Davis (Ph.D., McMaster) took over the biblical studies courses, and expanded the curriculum to cover religions of Asia and modern sectarian and occult movements. In the late 1980s, with Dr. MacLellan’s retirement looming, the Department undertook a thorough review of its program to update its offerings. The result, in 1991, was the hiring of Dr. Edward Y.J. Chung (Ph.D., Toronto) to develop a full range of courses in Eastern religions and comparative religion.

When Dr. Morrison retired in 1999, a Faculty of Arts committee was struck to consider the future of Religious Studies at UPEI. Even though religion is in the news so constantly that current events can hardly be understood without some grasp of religious issues, the place of religion in higher education was still under debate. The Faculty of Arts committee, however, declared unanimously that the Religious Studies program and Department are vital components of the educational and scholarly life of UPEI.

In 2002, Dr. Joe Velaidum (Ph.D., McMaster) was hired to bring a new range of innovative scholarship in religion and modernity to the Department. This innovation bore fruit quickly, as the Department hosted its first major international scholarly conference, Faith, Freedom and the Academy.  Shortly thereafter was the establishment of the Centre for Christianity and Culture, with Dr. Velaidum as founding Director. With the generous support of the St. Dunstan’s University Board of Governors and many individual community members, the Department and the Centre now offer a new minor in Catholic Studies and Christian Studies. One of the major benefits of these events has been the creation of a new faculty position in the Catholic Studies programme (2005).

In 2006 the department welcomed Dr. Peter Koritansky (Ph.D., University of Toronto), a new faculty member in Medieval Studies (cross appointment with History, Philosophy, and Religious Studies).  Dr. Koritansky is a specialist in Thomism and contemporary ethics and teaches a well-integrated range of existing and new courses for all three departments.  We are also happy to have Dr. Dennis Grecco (Ph.D. University of Toronto) join the department to teach wide-ranging courses in the Catholic Studies program.

With the addition of several adjunct professors and sessional lecturers, who bring other special areas of expertise, the Department of Religious Studies now offers a program of exciting breadth and depth.