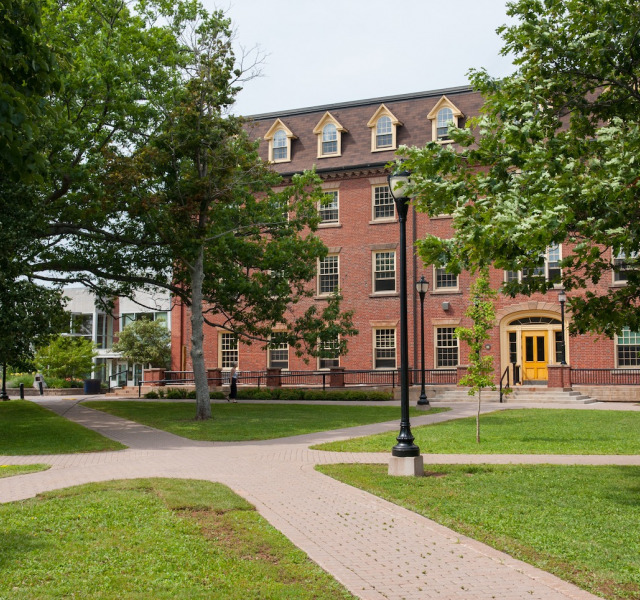 Special Interests
Your search has returned no results.

The Department of English offers courses in special interest categories, including Canadian and Post-Colonial Literature, Creative Writing, English Language and Linguistics, and Theatre. For complete lists of all English courses including courses associated with these special interest categories, please visit the English Program page using the link on the right of this page.

The English Department has a well-established tradition of Creative Writing courses, instructors, and events. Our foremost priorities are to encourage creative writing on the Island, to co-operate with writers' groups on the Island and across Canada, and, above all, to provide artistic training and editorial guidance for beginning and developing writers.

In addition to our many creative writing courses, non-credit short courses in Creative Writing are occasionally offered through the UPEI's Professional Development department.

Enrolment in creative writing courses is limited to 12 students. Submission of a portfolio and permission of the instructor are required to enrol. For further information, contact Richard Lemm at (902) 566-0592 or rlemm@upei.ca.

Richard Lemm has published stories and poems in numerous journals. His four books of poetry are Dancing in Asylum, A Difficult Faith, Prelude to the Bacchanal, which won the 1991 Canadian Authors' Association Award for best poetry book, and Four Ways of Dealing with Bullies. He was an award-winner in the 1983 and 1992 CBC Radio Literary Competition and the 1998 League of Canadian Poets National Poetry Contest. His biography of Milton Acorn, the People's Poet of Canada, was published in 1998 by Carleton University Press. He was president of the League of Canadian Poets 1986-88 and a resident instructor in the Writing Program at The Banff Centre of the Arts from 1977 to 1987. Since the early 1980s he has served as a literary editor, manuscript reader, and writing workshop instructor.

Deirdre Kessler is the author of five children's novels, including The Private Adventures of Brupp, Brupp on the Other Side, Brupp in the Land of Snow, and Brupp Rides Again, and five picture books, including Lobster in My Pocket and Lena and the Whale. She has won Canadian Children's Book Centre Our Choice Awards for Brupp Rides Again, a young adult novel, and for Lobster in My Pocket, a children's picture book. Kessler's poetry has been published in Landmarks: An Anthology of Atlantic Poetry, edited by Brent MacLaine and Hugh MacDonald (Acorn Press, 2001); in The New P.E.I. Poets (Ragweed, 1990); in the Toronto literary magazine paperplates; and in other poetry anthologies.

For further information about The Annex and events, contact Richard Lemm at 566-0592 or rlemm@upei.ca.

In many North American universities, the analysis of contemporary English and the history of the English language (including the the study of Old English) are being left to linguists and language specialists in other departments. Graduating students, particularly those who will go on to be teachers, are not well served by this trend. The UPEI English Department has chosen to go in the opposite direction, and has incorporated English language studies into the core of the degree program.

Outstanding student papers from the above courses have been published in-house under the title Occasional Student Papers in Linguistics and circulated in the Atlantic Region. The Department has hosted the Atlantic Provinces Linguistic Association annual meeting four times (1981, 1988, 1995, and 2004). In the past, UPEI students have taken an active role in these meetings, including presenting papers.

The English Department has been the home of the Theatre Studies Program for more than twenty-five years. Currently, there are two Theatre Studies courses, which are both cross-listed with English and open to all students. As well, students can complete a Minor in Theatre Studies. For more information about the Minor, please consult the UPEI Calendar.

Vagabond Productions is the production company for the Theatre Studies Program. Every year, Vagabond Productions puts on at least one show. Auditions for the shows are open, and everyone is welcome. In the past few years, Vagabond shows have included Heartbreak House, The Rez Sisters, The Outsider, and The Knight of the Burning Pestle.

The Theatre Society is the student-run extracurricular theatre group on campus. The Theatre Society organizes many different social events, and also mounts its own shows. In the past, the Society has produced a wide variety of shows, including Lysistrata and Seven Stories.

How Do I Get Involved?

To get involved, contact Dr. Greg Doran at 902-566-6013 or gdoran@upei.ca. For more information please go to http://projects.upei.ca/theatrestudies.