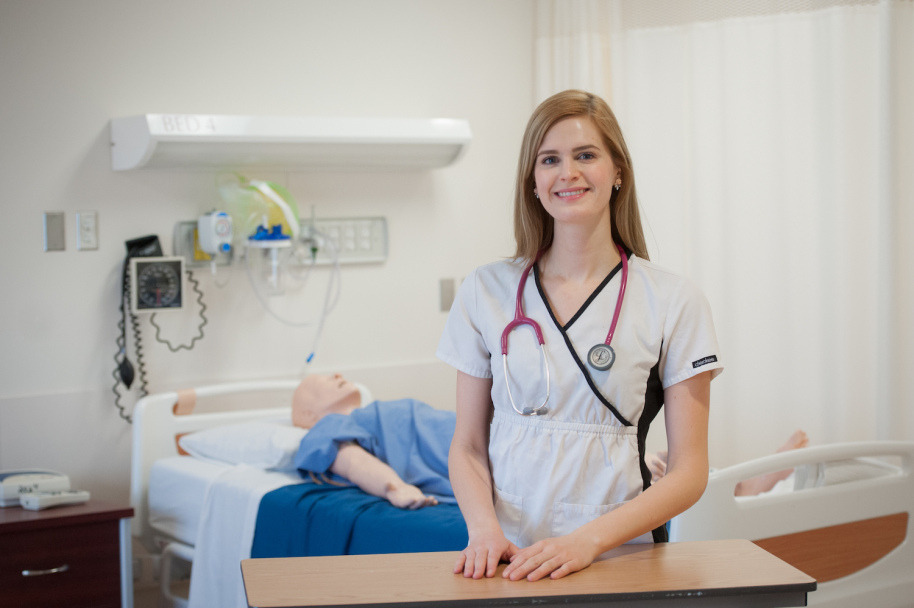 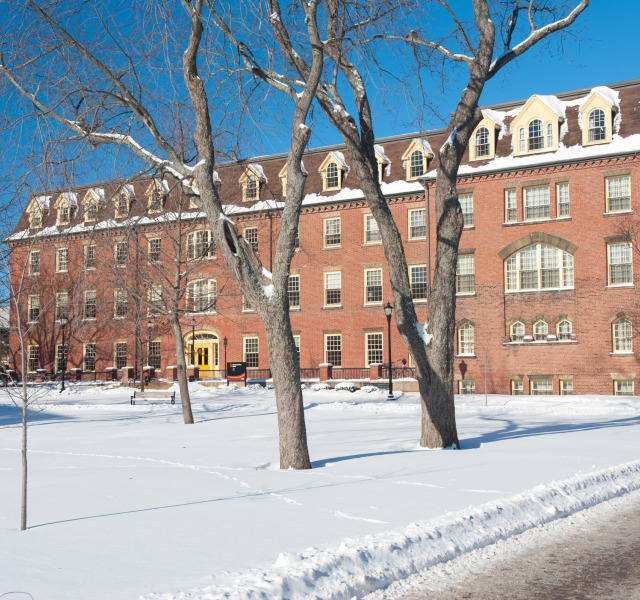 Smaller campus, more support
Finding community and belonging at UPEI
Your search has returned no results.

Finding community and belonging at UPEI
By Dana Kenny

Erica Buchanan pursued a postsecondary education straight out of high school at a university in Ontario with more than 30,000 students. After completing a four-year Bachelor of Science program with a major in Biology, she decided to research nursing programs across the country. She recalls learning about UPEI from a bumper sticker when her family took a road trip to Prince Edward Island at age 11. When she looked into the UPEI Faculty of Nursing, she was intrigued by the admission process.

“I felt it had the most equitable admission process, because it added 10 per cent to the required prerequisites on my transcript,” she said. “UPEI recognized that my undergraduate grades should be weighted differently when compared to applicants submitting high-school level transcripts.”

Erica says that this was the first sign UPEI wanted to help support her academic pursuits. Class sizes also offered major advantages. At her previous university, she had little interaction with the more-than 200 students in her classes, let alone the instructor. She compared that to UPEI, where her entire program has roughly 70 students.

“Everyone knows each other on a first name basis, not just the students but the faculty and instructors as well,” Erica said. The smaller class sizes also allowed Erica the opportunity to represent UPEI at conferences and health fairs. “On and off campus the community is supportive of each other, we aren’t just classmates, we are friends,” she said.

She notes how important the sense of community is to student success in classes, clinical, preceptorship, and exams.

“When you have to apply new things you’ve just learned, it’s natural to be apprehensive, unsure of your abilities, and vulnerable, but going through hardships together has brought my peers and I closer as we support each other.”

While at UPEI, she was also able to access academic and mental health supports in a timely way. Erica credits the supports she received with her successful transition to the accelerated stream in the Nursing program, which allowed her to complete her degree ahead of schedule.

Recalling times of struggle at her previous university, she feels like she “isn’t simply a number” at UPEI.

“Excuse the cliché!” she said with a laugh. “I suppose it wouldn’t have been so obvious to me if I hadn’t attended another university, but the support that UPEI students have access to is incredible. Of course, there will always be room for improvement to services, but access to timely support is actually possible at UPEI.”

She added that the support extended beyond the UPEI campus and that this is something she will miss when she returns to her home province.

“It was a bit of a culture shock to be honest, strangers genuinely seem to care about your wellbeing. There really is a slower pace of life on the island and it has affected me for the better,” she said. She says that when she returns home to see family and friends they note she is more relaxed. “I feel more calm and present, the island pace has caused me to slow down, enjoy, and appreciate the little things in life.” 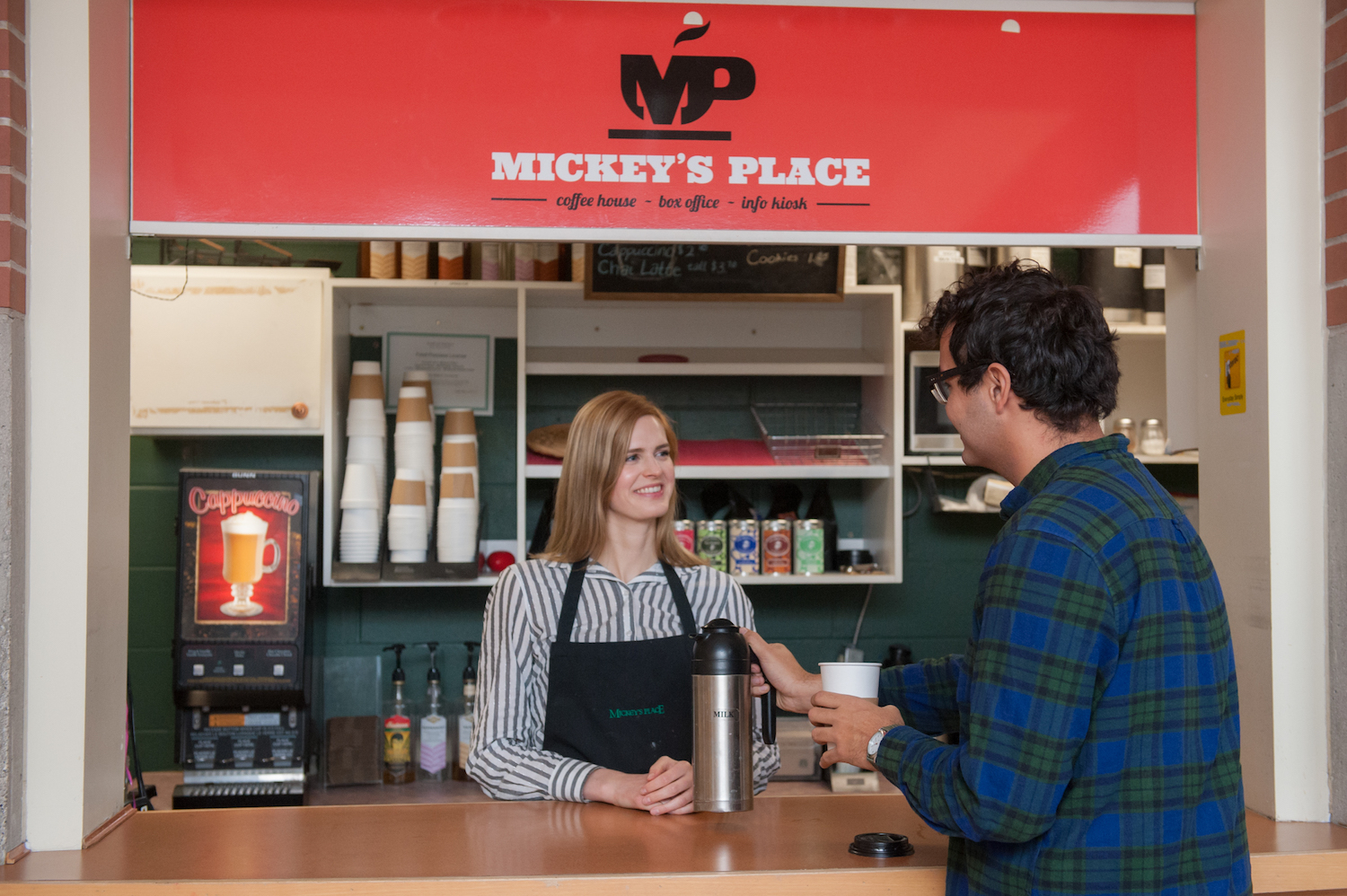 Erica noted how this is beneficial to both her personal and professional life.

“Being educated here will make me a really good nurse because I slow down and listen to people,” she said. “This is important to therapeutic communication, which is key to nurse-patient relationships.”

Once she had developed a good routine at UPEI, Erica felt she could take on some part-time work at Mickey’s Place, the student-run coffee shop on campus. She said the shop accommodated her ever-changing schedule of classes, clinical, and exams. Attending a university that plays a part in the growth and spirit of the larger community is something she didn’t even know she wanted, Erica said, but she has found it to be greatly beneficial.

“Where I’m from (in Ontario) there are so many universities competing with one another,” she said. “In Prince Edward Island there is one university and the community is proud of it.

“During my first degree, a stranger on the bus could care less that I was a student; often there were negative presumptions and I felt like I was labeled a trouble-making partier,” she said. “A stranger on the bus in Charlottetown would actually take the time to ask what I was studying and if I enjoyed living here.”