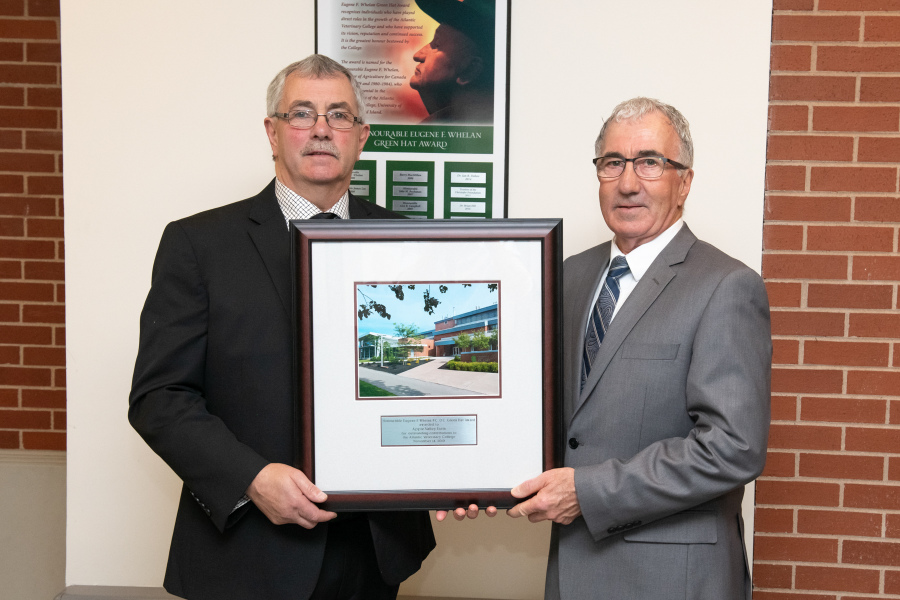 Established in 2000, the award recognizes individuals who have played a direct role in the growth of the AVC and who have supported the College’s vision, reputation, and continued success. It is the greatest honour bestowed by the AVC.

The award is named for the Honourable Eugene F. Whelan, Minister of Agriculture for Canada (1972-79 and 1980-84), who played a central role in the development and establishment of the Atlantic Veterinary College.

If you are interested in learning more about this award, past award winners, and the terms of reference, or downloading a nomination form, please visit: https://www.upei.ca/avc/about/awards-and-honours.

The nomination form and letter of support (nomination package) can be mailed to:

Or send the full nomination package to: