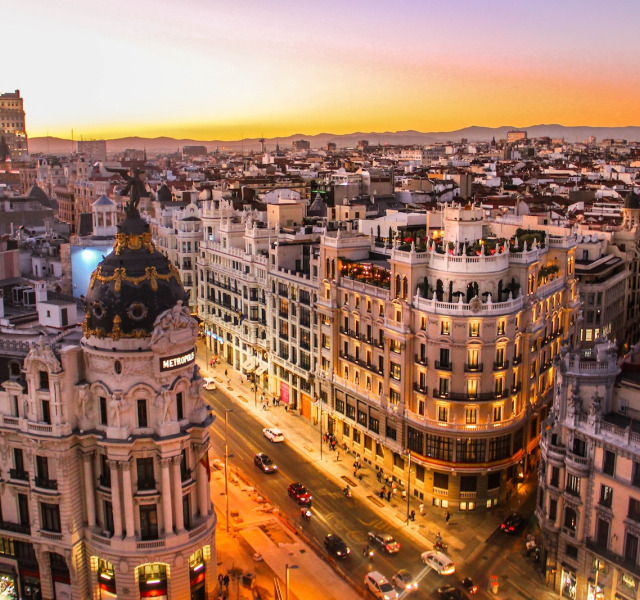 Master in Global Affairs
Faculty of Graduate Studies
Your search has returned no results.
Overview
Live, breathe, and study in three countries!

The Master in Global Affairs program has a proven track record at URJC for developing students with the knowledge, insights, and talents needed to help address and solve some of the most critical challenges facing our world.

The program integrates rigorous coursework under the supervision of a multi-disciplinary faculty. Students will have the support of policymakers, members of international courts, members of NGOs, and be part of an international network of students.

With this new delivery model beginning in September 2018, students will enroll at UPEI for the first four months of study and then spend up to eight months at URJC's Madrid and Strasbourg campuses to complete their degree.

The language of instruction in Canada and Europe is English.

UPEI and URJC are known for excellence and academic environments that are oriented to research, innovation, and learning. Both institutions have a strong interest in interdisciplinary studies and collaboration that seeks to provide solutions to real-world problems.

If you're interested in careers in international relations, diplomacy, law, policy development, and minorities' and refugees' rights, this program is for you.

The Master in Global Affairs is a course-based program that is designed to develop the knowledge, insights, and talents needed to help address and solve some of the most critical challenges facing our world.

Students will apply and register at the University of Prince Edward Island for the first four months of study, taking the courses listed below. Students will then transfer to URJC's Madrid and Strasbourg campuses where they will take the remaining required courses for graduation.

Comparative Human Rights of the Americas
This course seeks to examine the evolution of a human rights system in the western hemisphere over the course of the immigrant explosion that has occurred over the past 530 years. Over time, hemispheric human rights arrangements have emerged which share similarities and differences at both the regional and national level. Through historical analysis, this course will endeavour to shed considerable light on the origins, development, promotion, and protection of human rights in the Americas.

Comparative Human Rights of Indigenous Peoples of the Americas
This course is designed to introduce the student to the study of Human Rights of Indigenous Peoples in the Americas (north, central, and south). The course looks at the different systems of colonization and how they have affected cultures and peoples to the present day. It begins by exploring the development of the conventional understanding of Universal Human Rights and then moves to study the major concepts in Indigenous Human Rights including OIT article 169 and the 2007 UN declaration. Topics include land ownership; access to education in original languages; control of natural resources; sustainable environments; treaties, ejidos, encomiendas, and reservations.

Food, Health, and Human Security
This course examines local, national, and international issues related to food, health and food security. Topics include the production and distribution of food resources in a global economy; social, political and economic factors impacting health and human security, health implications of human and animal diseases; and epidemiological approaches to identify threats and interventions to maintain a healthy food system.

Applicants must provide, and will be assessed for admission, on:

Students are expected to be proficient in the use of English, both written and oral, when they begin their studies at the University of Prince Edward Island. Please review the English Language Requirements for graduate programs.

Application Deadline
Make sure you apply before the deadline!

The application deadline for this program is April 30.

You do not have to secure a supervisor prior to applying to this program. Visit the Potential Graduate Supervisors page of the Faculty of Graduate Studies website for contact information.

For a complete breakdown of part-time or full-time study as a student in the Faculty of Graduate Studies, visit our Tuition and Fees page.