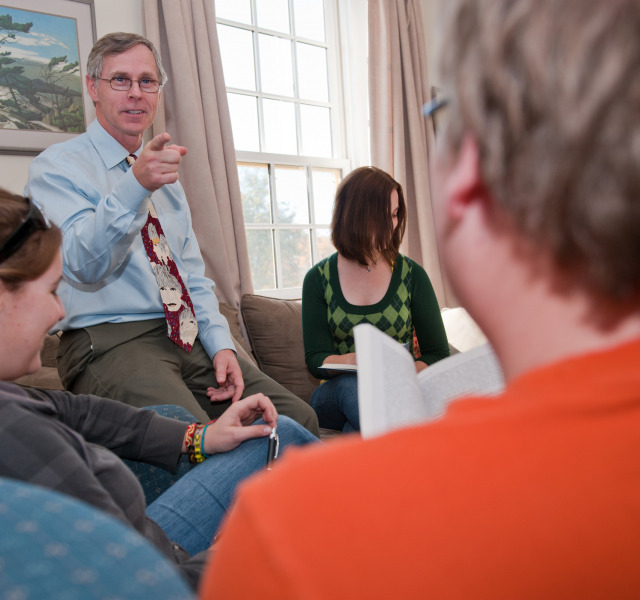 Special Topics
Your search has returned no results.

This course engages Prince Edward Island's folkways to introduce students to the principles and practices of folklore. Focus will be given to oral traditions, ranging from storytelling, song- and music-making to the wider customs and practices employed in the everyday life of Islanders. Subjects will include the cultural heritage of the Mi’kmaq, Acadian French, Scottish Gaels, New England Loyalists, African Islanders, Irish, Westcountrymen, Lebanese, Chinese as well as the current generation of newcomers. In so doing, students will deepen their understanding of Prince Edward Island as both a multicultural and multilingual landscape.

This course traces the impact of natural developments upon human society by tracing how the environmental changes associated with the Little Ice Age (1300-1850) influenced the social history of early modern Europe. Coverage will include the Medieval Warm Period (900-1200), the Great Famine (1315-22), and the intense periods of cold between 1550 and 1800, measuring the cultural, scientific, and technological response to those environmental pressures.

This course examines the development of the U.S. presidency and the rise of executive power from the origins of the office in the wake of the American Revolution through the present day. Using a case study approach tied to pivotal moments and key themes in American politics, it will assess the role of the president as an individual strategic actor within the framework of the American political system, using as a lens the presidents’ impact on cultural, military, and political institutions. Significant officeholders will be considered within the context of their technological, cultural, and political environment in order to trace the rise of the "Imperial Presidency."

This course will examine Canadian identity through the lens of its national winter sport. Beginning with an examination of the sport’s contested origins in the 19th century and continuing through the 20th century, the course will explore issues and concepts such as hockey’s relationship with race, culture, language, gender, and violence, the evolution of hockey as a business, as well as the impact of its internationalization.

This course traces the history of Indigenous-settler relations from the earliest periods of contact to the middle of the twentieth century.  Themes explored in this course include the experiences and ramifications of disease; the socio-cultural and environmental impacts associated with the arrival and development of colonial societies; the changing nature of social organization and gendered relations; and political and governmental structures and their meanings for natives and newcomers in the Canadian West.

This course explores the culture and heritage of Scotland through the lens of folklore and cultural history. The subject matter will address the simplistic conceit of the Gaelic "Highlands" and the English-speaking "Lowlands," while placing special emphasis on  the  Gaelic traditions found in Scotland’s Highlands and Western Isles and their global diaspora. Topics will include the traditional structures of Gaelic society and its cultural expression in the historical context of a linguistic and cultural marginalization that was driven by both internal and external forces. Following its influence beyond the borders of Scotland itself, the course will demonstrate the global impact of Scottish heritage and culture.

This course focuses on the history and evolution of espionage, with particular emphasis on Cold War-era intelligence operations and their impact in North America and abroad.  Students will examine central questions relating to the role that espionage plays in advancing a nation’s foreign policy and in providing national security, including the ethics of espionage, the compatibility of espionage with democracy, and the degree to which espionage activities are necessary to insure a country’s national security.