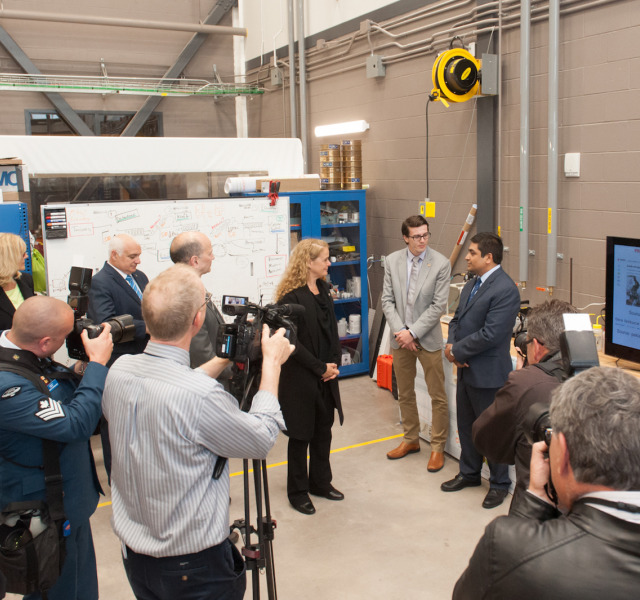 SMCS Colloquium
Your search has returned no results.

Abstract:  In this study, we consider a reaction-diffusion competition model describing population dynamics of two competing species and the interactions between them in a heterogeneous environment. The main goal of this paper is to study the impact of different diffusion strategies on the outcome of competition between two populations while the first species is distributed according to the resource function and the second population is following the regular dispersion. We focus on how directed diffusion in the habitat influences selection. The two populations differ in the diffusion strategies they employ as well as in their environmental intensities. We establish the main results which determine that the competing species may either coexist, or one of them may bring the other to extinction. If higher carrying capacity is incorporated for the directed dispersal population then competitive exclusion of a regularly diffusing population is inevitable. We consider the case when both populations manage to coexist and there is an ideal free pair with identical carrying capacity, and the relevant coexistence equilibrium is a global attractor. The coexistence solution is also presented by showing the influence of diffusion coefficients. In a series of examples, the results have been justified and illustrated numerically.