‘UPEI was so important in making me who I am’

‘UPEI was so important in making me who I am’

“My earliest memories of theatre are on the mainstage of the Homburg Theatre,” said Brittany Banks. “I was seven years old and a Child of Avonlea. Anne of Green Gables—The Musical™ was my very first show. It feels really natural to be home.”

Banks came home to that same stage—and that same show— at the Confederation Centre of the Arts in the summer of 2018 in the role of Josie Pye. It was a sensational season to be a company member of The Charlottetown Festival. The Festival workshopped two new musicals and staged hit after hit, including Jesus Christ Superstar and, of course, Anne™.

“It’s a lot of work. I think I’m in the best shape of my life,” she said with a laugh. “Jumping rope in period clothes certainly helps.”

Banks, by any measure, is a success in the musical theatre world, and she credits much of that to her education at UPEI.

“I love when people ask me where I went to school. My journey isn’t typical at all. There are a handful of schools in the Toronto area you tend to expect people to rhyme off. But I went to UPEI. I’m proud of that! I majored in vocal music and minored in theatre.”

Banks knew she wanted a career in musical theatre. She specifically chose UPEI because she needed to work on her singing.

“I’m forever grateful to Professor Sung Ha Shin-Bouey in music and Dr. Greg Doran in theatre studies. They adapted to my interests, so I could apply classical techniques to musical theatre.” 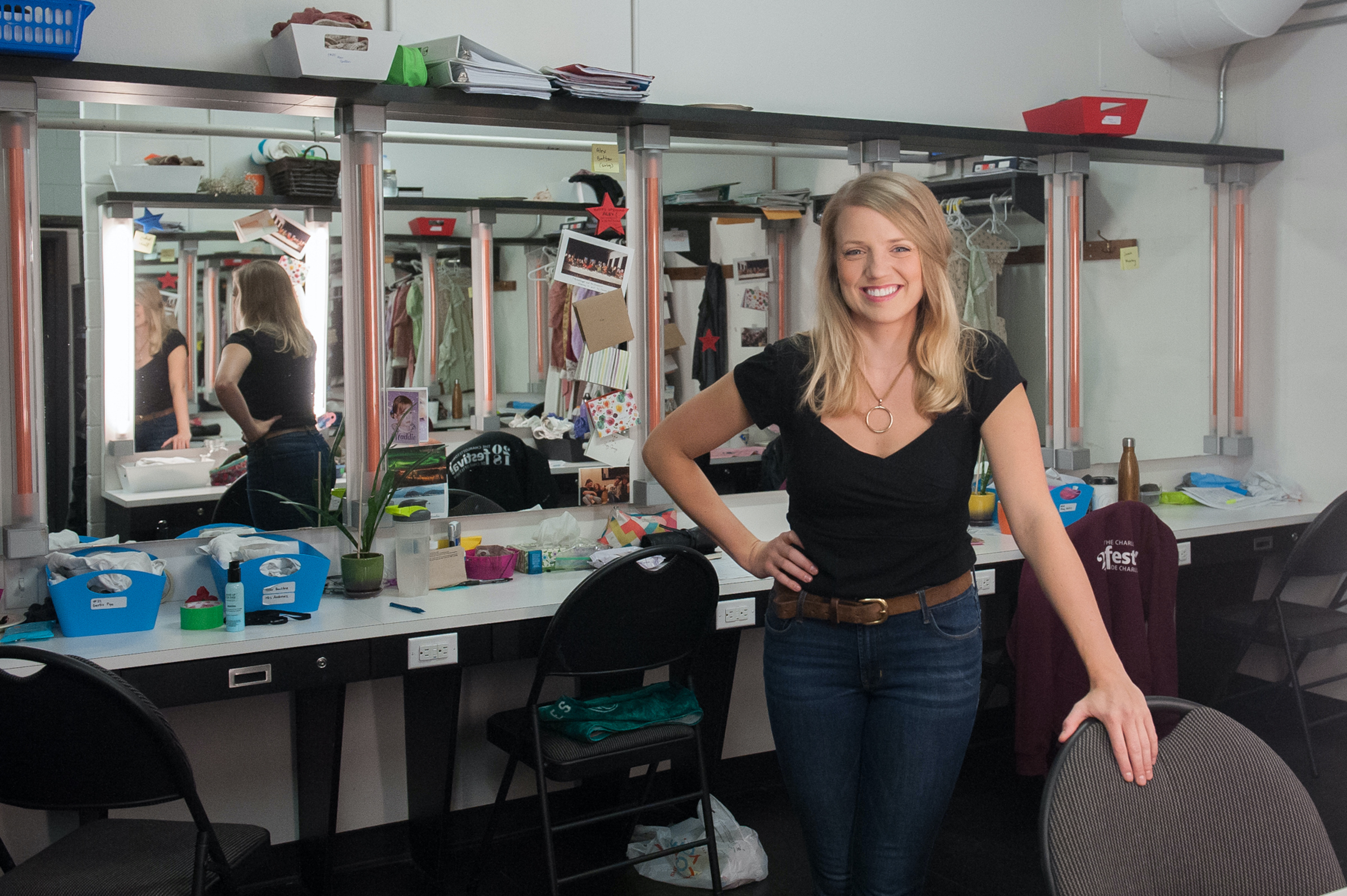 After graduating in 2012, she started a two-year musical theatre program at Randolph College in Toronto. She left early to work as choreographer at the National Arts Centre in Ottawa. And from there, her career took off. She has starred in productions across the country and now calls Toronto home.

“I think, on PEI, we maybe take The Charlottetown Festival for granted, but it really is the dream for many performers across the country.”

Despite her history with The Festival, including performing at the 2010 Vancouver Olympics as a member of the Young Company, Banks had to audition the same as everyone else. And when she received the call, she was elated.

“I’m so grateful for the opportunity,” she said. “It was a happy surprise. It’s such a busy season. We go from show to show. I got to do some choreography and flex some of my creative muscles.”

Through it all, Banks remembers her formative years at university.

Banks returned to PEI last summer for a second season with The Charlottetown Festival. She was thrilled to play Josie Pye in Anne™ once more, perform in Mamma Mia and The Hamlet Rock Musical, and choreograph Atlantic Blue.