“It’s not an accident the library was one of the first major capital construction projects after UPEI came into being,” said University Librarian Donald Moses, sitting at his desk in the Robertson Library. A broad window overlooks a courtyard where students come and go.

“It was a huge priority for our first president, Ron Baker, because he knew the library is the heart of any university. It was true 50 years ago, and it’s true today.”

“It was a bold move because the Kelley Memorial Building—the previous library—had been standing for less than ten years,” said Simon Lloyd, UPEI’s archivist and special collections librarian. “But it paid off in spades. The Robertson Library has consistently punched above its weight as a library for an institution of this size.” 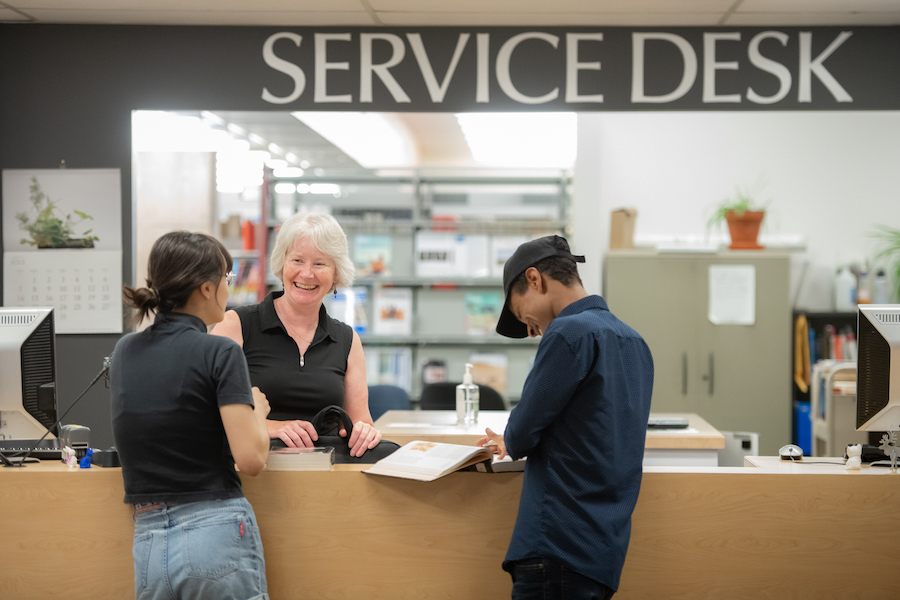 The role of the library may not have changed much in that time, but the tools it uses certainly have.

“In a way, the library does what it has always done,” said Moses. “We ensure faculty and students have the best possible access to the academic resources they need. But where decades ago we had a card catalogue, today we have a variety of discovery layers. And we now offer tools that allow them to create, collaborate, and share their work with the world— from a digital collection, to an online collaboration space, to the printing of monographs.”

The Robertson Library was at the forefront of the open- access and open-source movements. Islandora, the open-source software created by the library, has spawned a vibrant international community, which continues to develop and improve it. The library hosts two scholarly journal publications, the Journal of L.M. Montgomery Studies and the Island Studies Journal— both of which are open source.

“The seeds of the library’s success were planted early on,” explained Lloyd. “The PEI Collection was established in 1971 by then-university librarian Frank Pigot. Nearly 50 years later, it’s as relevant as ever. The library is hosting a lecture series, named after Frank Pigot, in honour of UPEI’s 50th anniversary, and each speaker has cited the importance of this collection to their research. That’s extraordinary.”

“We’re the only university library in this entire province, which means we hold a special niche as a source for both seeking knowledge and for archiving our history,” said Moses. “We’re also just successful because of the awesome relationships we have with the community.” 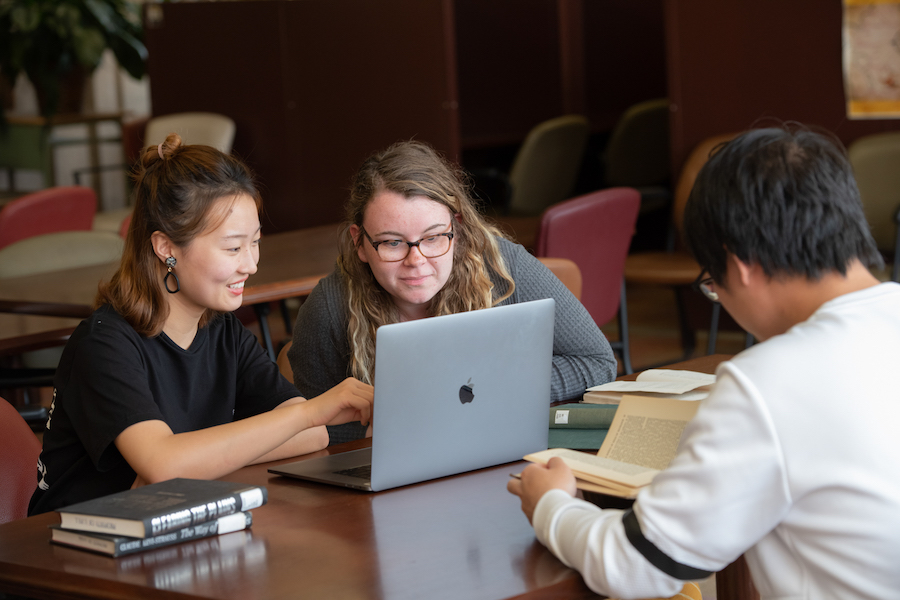 “I look at the L.M. Montgomery conference we host every two years,” said Lloyd, picking up the thread. “The conference is international in scope but locally delivered. We were contacted after the last conference by a scholar in Nebraska who was looking for material which doesn’t exist elsewhere. And we were able to provide her with book chapters and texts from KindredSpaces she couldn’t have found anywhere else.”

The Robertson Library is able to provide these services by design. Moses grinned as he recalled former university librarian Mark Leggott’s rule: “We eat our own dog food.”

“It just means if we create a tool, we use it ourselves in the library,” he said. “We use the software we develop. We utilize the digitization lab we built. We organize and share information on the platforms we built. And now we host content for our colleagues around the region because we have the resources. We have them because we built them ourselves.”

Even as the University celebrates its history, Moses and Lloyd are looking forward. The Robertson Library was awarded a CANARIE grant to develop the next version of Islandora. Fundraising is also underway for renovations that will transform the building for the future.