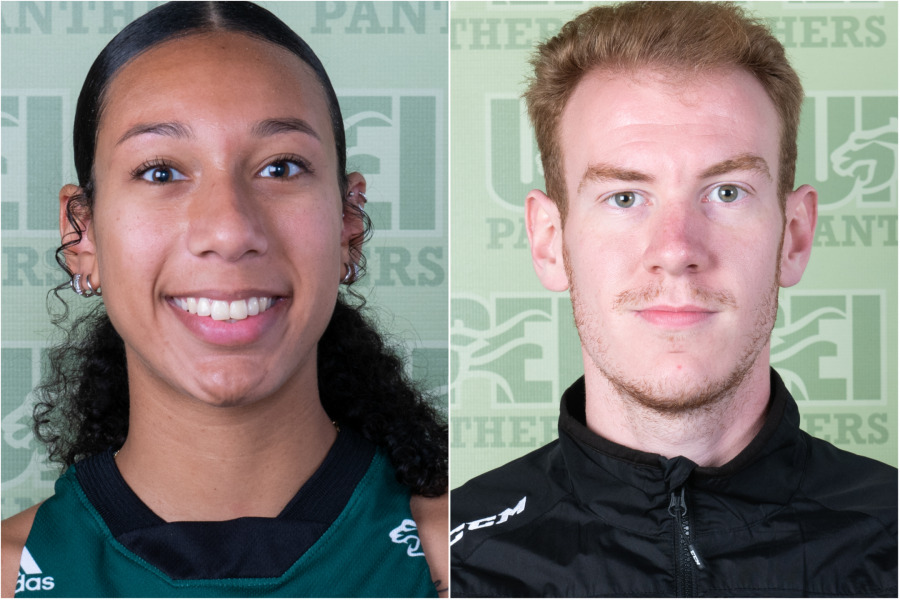 Every week, UPEI Athletics and Recreation recognizes two student-athletes for their achievements and contributions to their respective sports. The UPEI Panther Subway Athletes of the Week for November 14–20 are Lauren Rainford (women’s basketball) and Lucas Fitzpatrick (men’s hockey).

An arts student from Toronto, Ontario, Rainford had a dominant second half (16 points) in a Saturday night win against UNB. The third-year guard finished with 20 points, three rebounds, and two assists.

“Lauren really turned it up in the second half to help pull out this win against a very good UNB team,” said head coach Matt Gamblin. “She’s great in the open court and is shooting a very good percentage from 3-point land as she continues to add to her game."

“Lucas had very good back-to-back games for us recently, recording consecutive shutouts against Dalhousie and Acadia,” said head coach Forbes MacPherson. “He has continued to adjust to the AUS, and we have been very happy with his growth and performance.”