Students, staff, and faculty come together to help following Fiona

UPEI Athletics and Recreation, members of the Indigenous community and representatives of the Native Council of PEI were on campus on Sunday, October 2 to bring awareness to Indigenous culture, mark Treaty Day on October 1, and kick off Mi’kmaq History Month.

To everyone who supported others in their time of need, whether in an official capacity or simply by being a friend to someone struggling through the aftermath of Fiona—thank you! Below is a list of just a few of the acts of kindness and support on the UPEI campus last week...

Chartwells, UPEI’s food service provider, maintained uninterrupted services to on-campus students and those with emergency needs who live off-campus. With their only power source being a generator in the first couple of days, the culinary team wore headlamps to help illuminate the kitchen—a testament to their dedication! In addition to students, they also served Charlottetown public works employees involved with clean-up activities in the capital area. Chartwells also partnered with the City of Charlottetown and the University to host a dinner open to the public on Thursday, September 29. Approximately 150 people enjoyed a hot nourishing meal.

Security Services personnel were on duty, and Residence Services staff supported our on-campus students through this very stressful time.

The team at Facilities Management has done remarkable work to make the campus safe so that people could return, initially for urgent support through warming/charging locations, and eventually to regular campus life. They worked around the clock, even though many of their own properties required attention.

Athletics and Recreation opened their doors to offer shower facilities to Chartwells employees who provided food services throughout the duration of the power outage as well as other members of the campus community.

The UPEI Student Union supported students and worked with other groups on campus. In coordination with Sister Sue and the UPEI Chaplaincy Centre, they hosted a hot lunch on Wednesday, September 26, that saw over 220 attendees. The University followed with a second lunch the following day that was also well attended. 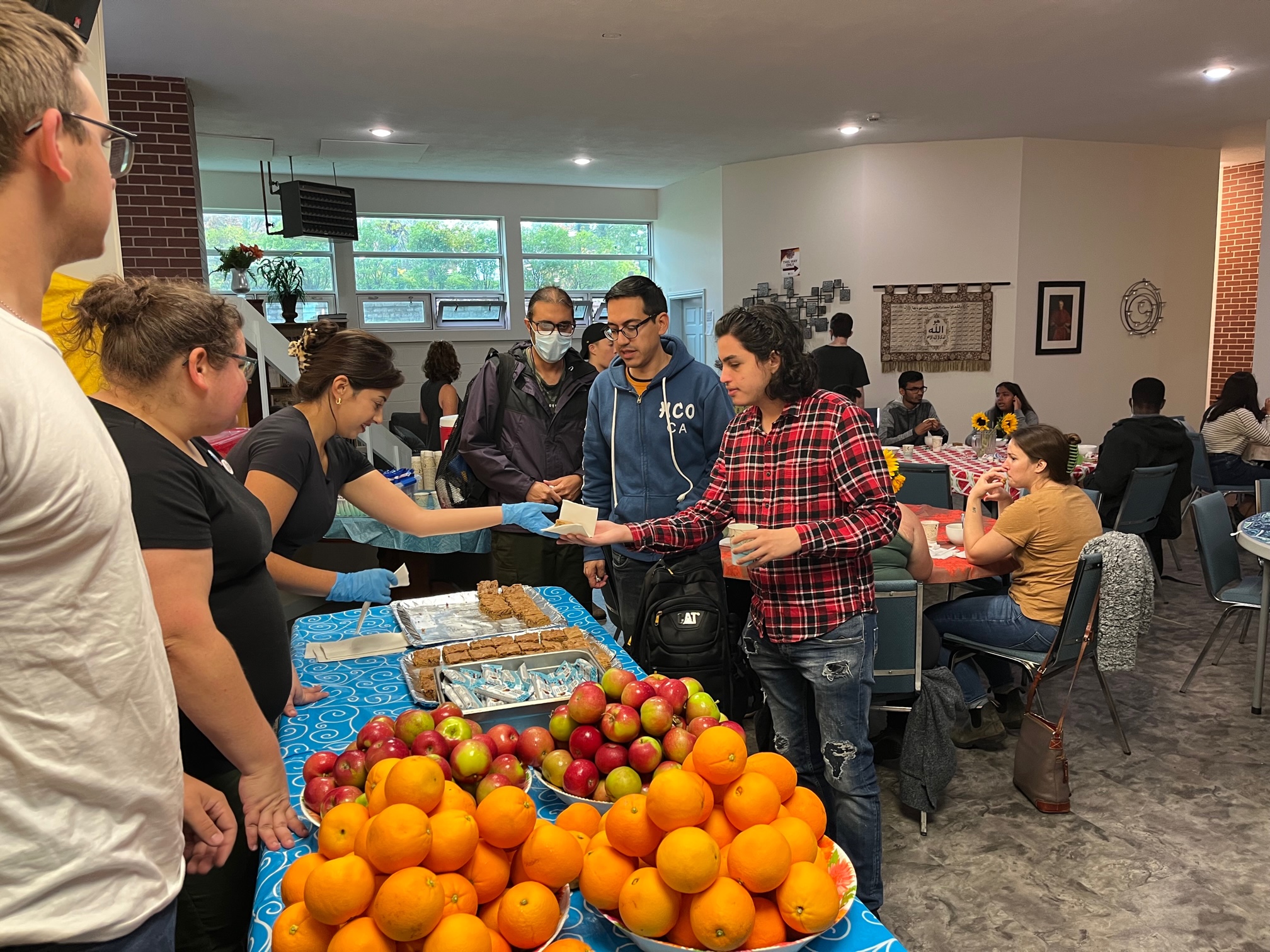 The UPEI Women’s Hockey team cut trees and hauled branches and brush away from some properties in their communities. After a time-lapse video of this was posted on the UPEI Panthers’ social media feeds, their act of kindness garnered national attention. Cassie Campbell-Pascall, hockey Olympian and former co-host of Hockey Night in Canada, retweeted the video on Twitter, adding: “So awesome to watch young people lead. Great job @UPEIPanthers”

The gathering planned for September 28 to mark the National Day for Truth and Reconciliation had to be cancelled; however, in partnership with UPEI Athletics and Recreation, members of the Indigenous community and representatives of the Native Council of PEI were on campus on Sunday, October 2, hoop dancing, drumming, and giving presentations between the men’s and women’s soccer games. Many of those in attendance said it was a great way to bring awareness to Indigenous culture, mark Treaty Day on October 1, and kick off Mi’kmaq History Month.