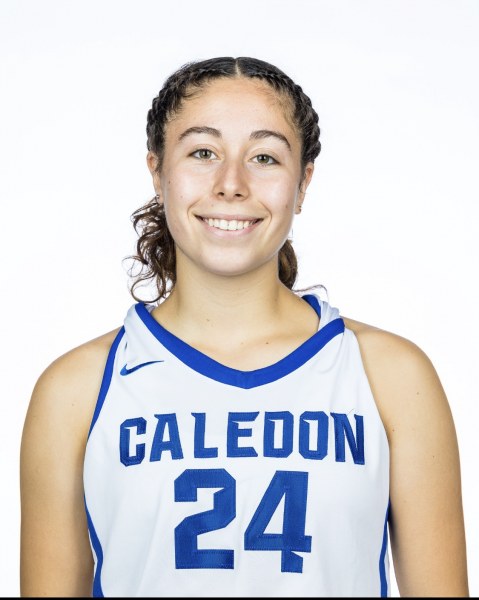 The following news release is being distributed by UPEI Communications on behalf of UPEI Athletics and Recreation.

For the first time in five years, the backcourt for UPEI Women’s Basketball will look significantly different.

While losing legends Jenna Mae Ellsworth and Reese Baxendale in a single offseason is a tough pill to swallow for any coach, Matt Gamblin is eager to start building up the Panthers’ next great backcourt. And he sees a lot of potential in prospect Samantha Zoffranieri, who is set to join the team in the fall.

“Sam loves to play. Her joy on the court and desire to get better is evident,” he said. “She is a quick point guard who can really push the ball and put pressure on defences.”

Zoffranieri joins the Panthers after two years with the Caledon Basketball Academy of the Ontario Scholastic Basketball Association, where she developed into the team’s lead guard and primary scorer. In her final year with the Cougars, the 18-year-old averaged 17 points, six rebounds, and two steals. Zoffranieri also played a season with the Oakville Vytas of the JUEL of Ontario—an independent provincial league for young women that’s considered one of the best in Canada.

The Brampton, Ontario native said she was drawn to UPEI’s style of play and values their camaraderie and team-first identity.

“When I was watching UPEI play on my visit, I saw how well they pushed the ball and always looked for the unselfish options,” said Zoffranieri, who has been accepted into UPEI’s nursing program. “The atmosphere was amazing, and there were so many supporters and people who made me feel at home, especially the girls who really showed me what the school was all about.”

At five-foot-eight, Zoffranieri brings an exciting mix of size and speed to the point guard position, allowing her to break down defences and find open looks for others or convert tough layups against bigger centres patrolling the paint.

“I’m able to use my first step and speed to get by defenders and recognize the right reads, whether it’s getting to the basket and kicking it out to teammates,” Zoffranieri said.

Zoffranieri doesn’t necessarily need to handle the ball to be an impactful player either. She can just as easily slide over to the shooting guard position and spot up from the three-point line, where she made over 33 per cent of her three-pointers on a high volume of shots in her final season with Caledon. With extra work, Gamblin believes she can be a more efficient shooter.

“Sam wants to be in the gym, and she will fit right into our culture of growth and development,” Gamblin said.

With two spots in the starting lineup seemingly locked up by all-star Lauren Rainford and sophomore sharpshooter Alicia Bowering, Zoffranieri will get every chance to make an immediate impact, and she’s looking forward to the opportunity.

“I think I will fit in well with this championship-calibre team, as I’m always vocal and willing to work hard and put in the extra work to get to where we want to be.”