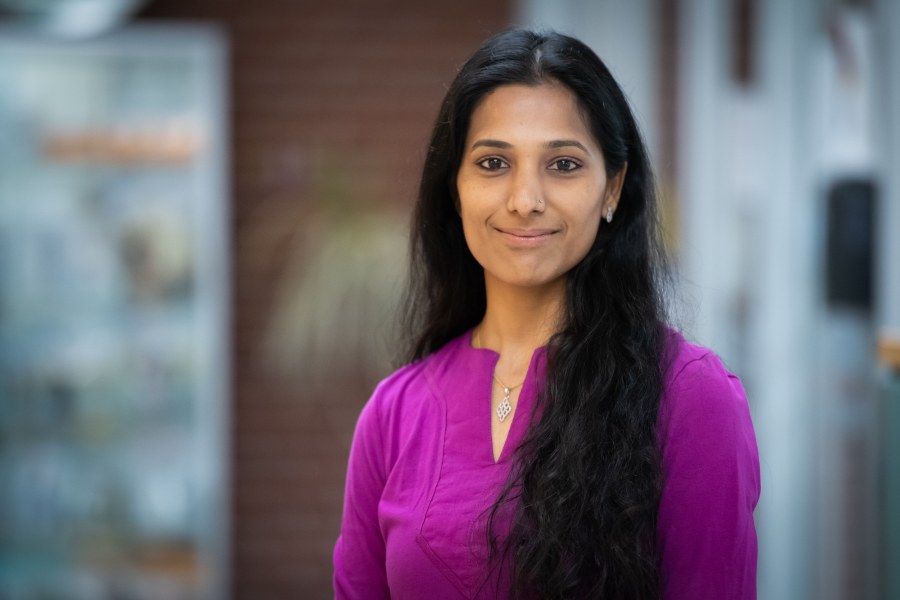 The Atlantic Veterinary College (AVC) at the University of Prince Edward Island (UPEI) is pleased to congratulate Dr. Deepmala Agarwal, master of science (MSc) graduate and cardiology resident, on being awarded the Governor General’s Medal (Graduate) and the UPEI Faculty of Graduate Studies Award of Distinction during UPEI’s 2022 convocation.

The Governor General’s Medal (Graduate) is presented during UPEI’s Convocation Ceremony to a graduate student who has achieved the highest academic standing in a combination of course work and thesis, and whose record in the program is so distinguished that it warrants special recognition.

“From the moment she started her MSc, Dr. Agarwal showed an unerring desire to surpass expectations,” says Dr. Lynne O’Sullivan, professor of cardiology, AVC. “Her research required collaboration with other services within AVC and other institutions including Texas A&M and North Carolina State University, and she quickly forged these relationships.”

Dr. Agarwal’s research focused on a devastating heart disease – arrhythmogenic right ventricular cardiomyopathy – that occurs in both dogs and humans. In this project, she investigated exercise testing and highly sensitive cardiac troponin I measurements to link these to the genetic mutation and electrocardiographic abnormalities (the current standing of testing).

“This research project was ingenious because she was able to utilize the caseload of dogs, we see at the AVC Veterinary Teaching Hospital as a model for better understanding of the disease in both dogs and humans,” explains Dr. Étienne Côté, professor of cardiology, AVC. “Through her research, she is trying to develop new testing for this condition, specifically a test that can help identify this condition earlier.”

Agarwal’s research also required funding to recruit additional dogs for cardiac evaluations beyond the AVC caseload. Her motivation and persistence resulted in three grants – one of which was an international award. By comparison, graduate students rarely secure more than one funding grant.

Unfortunately, as Dr. Agarwal was entering her final year of the project, data collection coincided with the strictest COVID-19 lockdown on Prince Edward Island and at the Veterinary Teaching Hospital.

“As restrictions were tightening, it became clear that a shutdown might be imminent,” says Dr. Côté. “As a result, Dr. Agarwal proceeded to gather four months’ worth of data in three weeks.”

To complete the project, Dr. Agarwal needed 30 dogs – specifically boxers – to be part of the research. To secure that number, she had to solicit area veterinarians and the dog-owning public to participate in the project during a time when everyone’s focus was elsewhere. Through perseverance, she was able to recruit enough dogs needed to complete the project and present the results at an international conference.

“Dr. Agarwal is not only a fantastic veterinarian, but she is also a gifted researcher, instructor, and colleague,” says Dr. Larry Hammell, associate dean graduate studies and research for AVC. “She is intelligent, motivated, and has a talent for teaching and learning. Her passion for scientific pursuits is a driving force behind her accomplishments. She is the ideal recipient for the Governor General’s Medal (Graduate) and we are fortunate to have had her as a graduate student and clinical resident at UPEI.”