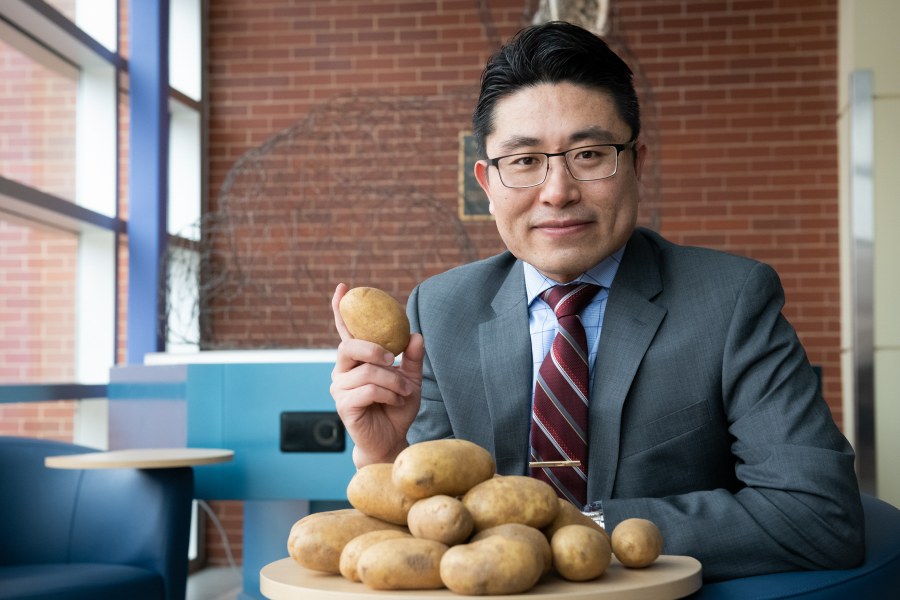 A multidisciplinary team at the University of Prince Edward Island made up of experts in climate change, gene sequencing, agriculture diseases, and precision agriculture has received $20,000 in funding from Genome Atlantic for a research project titled “Identification of Climate-Resilient and Wart-Resistant Potato Varieties for PEI.”

In October 2021, the CFIA confirmed the presence of potato wart in potatoes from two PEI fields. This led to the suspension of all shipments of seed, table, and processing potatoes from PEI to the United States. As a result of the suspension, PEI potato farmers had to destroy about 300 million pounds of potatoes and endure significant economic losses. It was announced on April 1, 2022, that table stock potato exports to the US could resume, but exports of seed potatoes are still banned.

“While immediate actions have been put in place to mitigate the risk of spread of potato wart for the time being, finding ways to minimize the risk of occurrence of potato wart in PEI from a climate change perspective for the long term is a top research priority,” said Wang. “In particular, a changing climate with more favourable weather conditions—a cool spring followed by a rainy summer—can be conducive to potato disease development. But the changing climate may bring more unfavourable weather conditions—long-lasting droughts, for example—for potato production. Therefore, it is extremely important to explore both climate-resilient and wart-resistant potato varieties that are suitable for the changing climate of PEI.”

To start the project, the team will conduct a comprehensive scientific literature survey to collect potato gene-sequencing data that could make PEI potatoes more resilient to climate change and resistant to diseases, including potato wart. Advanced machine-learning techniques, such as logistic regression, discriminant analysis, and clustering, will be used to help identify the major genetic features of those climate- and disease-resilient potato varieties.

“The results from this project will provide scientific guidance for the proposed end-users to further select or cultivate the potato varieties that are resilient to PEI’s changing climate with minimized risks of occurrence of potato wart,” said Wang. “The results on wart resistance potato varieties will further provide resources for the long-term management of potato wart by the CFIA and the PEI Department of Agriculture and Land.”

This project was one of eight climate change research projects funded through a new $124,530 Small-Scale Climate Change Fund set up by Genome Atlantic, with support from Research Nova Scotia.