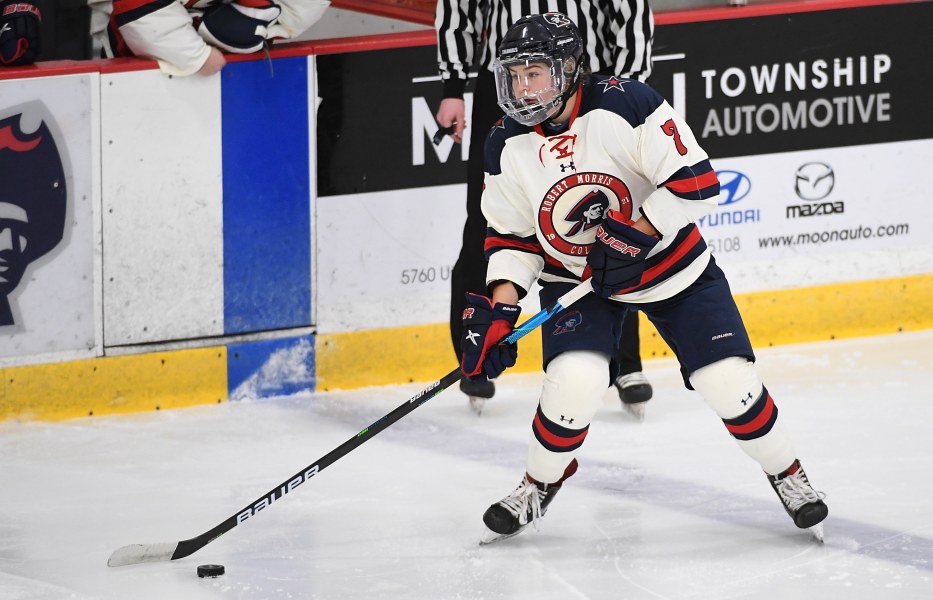 UPEI’s women’s hockey team is reinforcing their blueline for the stretch run. Twenty-one-year-old Wasyn Rice joins the Panthers, playing defence and bringing a wealth of experience that should pay dividends during the second half of the season and when they host the 2022 U Sports Women’s Hockey Championship currently scheduled from March 24–27.

Rice, from Invermere, BC, spent the last three seasons playing National Collegiate Athletic Association (NCAA) Division I hockey in Pennsylvania with the Robert Morris University Colonials, where she captured a College Hockey America (CHA) title in her final year with the club.

“Throughout the 2020–21 season, as we all knew, the measures we went through to play were unbelievable,” Rice said. “So to win the championship game by a single goal in a year-long fight allowed me to learn how to face adversity head-on and conquer the challenges.”

The NCAA is known to field some of the best athletes North America has to offer, and women’s hockey is no exception. It didn’t matter who the Colonials were scheduled to play; the competition was always elite.

“Playing Division I made me a better player because of the high level of competition and the variety of players I faced.”

Panthers head coach Bruce Donaldson knows he has a roster capable of competing for a title and challenging for a medal. By adding the five-foot-seven blueliner, he hopes those chances improve. Through 16 games, UPEI has allowed the third-fewest goals with 33, a recipe for success in the postseason.

With Rice’s championship pedigree and national experience, Donaldson projects her as a top-four defender in a lineup that already consists of talented veterans Sophie Vandale, Ally Clements, Sydney Lyndon, Katelynn Nice, and elite goaltender Camille Scherger to back them up.

“Wasyn is a solid defence-first type of player who plays hard and is hard to play against,” Donaldson said. “Typically, the Division I pace and skill has an edge, so playing at this level as a top-four defender will help our program a lot. We look forward to having Wasyn in the lineup for her first U SPORTS game.”

Rice said she takes great pride in her ability to read plays effectively. She also possesses a strong shot from the blue line, and her size makes her a big presence in front of the net.

“My greatest strength as a hockey player is my ability to see the ice well. This skill enables me to get my shot off and know when to take a step up on players.”

There were many reasons to join UPEI and their pursuit of a championship, but it was family that ultimately won Rice over. The opportunity to play in front of family and follow a similar path as her brother RT, a forward with the men’s hockey team, was too enticing to ignore.

“My brother RT also plays here, and he has been my biggest mentor, so to have him by my side was a chance I knew I wouldn't get again.”