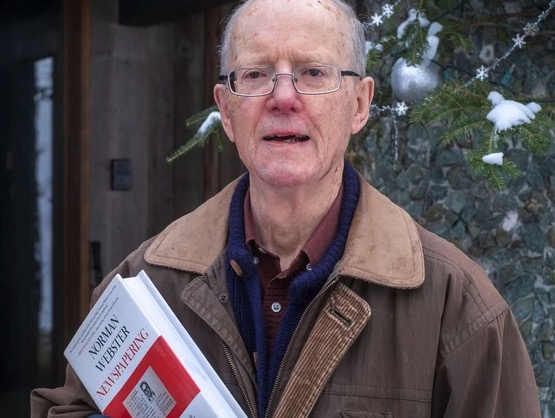 Chancellor Emeritus Norman Webster, seen in January 2021 with his book “Newspapering: 50 Years of Reporting from Canada and Around the World” PHOTO BY DAVE SIDAWAY/Montreal Gazette

The UPEI community was saddened to learn that renowned journalist, columnist, editor, philanthropist, and former Chancellor Norman Webster passed away on November 19, 2021, in Magog, Quebec. He served as Chancellor from 1996–2004, and was elevated to Chancellor Emeritus in 2006 for his exceptional commitment and service to UPEI.

As Chancellor, he worked steadily and generously to promote and support UPEI, including the creation of the Webster Smart Campus Fund and the establishment of the Webster Centre for Teaching and Learning.

Chancellor Emeritus Webster was president of the R. Howard Webster Foundation of Montreal after having a distinguished career in journalism, including terms as editor-in-chief of The Globe and Mail and The Montreal Gazette. As a journalist for The Globe and Mail, he was a correspondent in Beijing, London, Ottawa, and Quebec, and won two national newspaper awards for coverage of China's “ping-pong diplomacy” and for editorial writing. The Chancellor Emeritus was one of three western journalists who covered the Cultural Revolution in the late 1960s and early 1970s from China’s capital city. In 2020, he released his book, “Newspapering: 50 Years of Reporting from Canada and Around the World.”

A graduate of Bishop's University, Chancellor Emeritus Webster was the recipient of a Rhodes scholarship to St. John's College at Oxford. He was born in Summerside, PEI and grew up in the Eastern Townships of Quebec.

UPEI expresses condolences to Chancellor Emeritus Webster’s wife, Patterson (UPEI LLD’06), and his children David, Andrew, Derek, Gillian, and Hilary. The flags on campus have been lowered to half-mast in his memory. There will be a memorial service in North Hatley, Quebec, next summer.