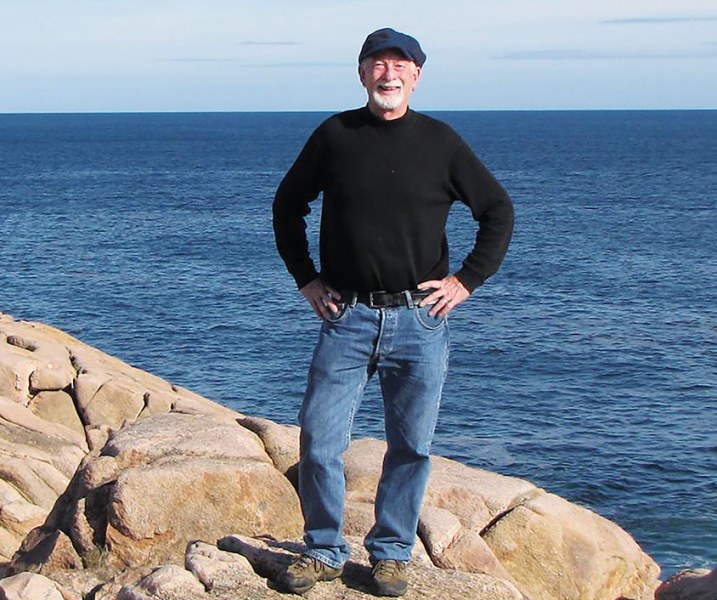 The UPEI Winter’s Tales Author Series resumes October 7 with the launch of a memoir from one of PEI’s most celebrated and beloved poets and teachers,  Dr. Richard Lemm, a professor in the UPEI Department of English.

Lemm, an Islander-by-choice, author, and a professor since 1986, will launch his memoir, Imagined Truths: Myths from a Draft-Dodging Poet, published by Vancouver’s Tidewater Books, on Thursday, October 7, at 7:30 pm, The Carriage House at Beaconsfield Historic House, 2 Kent Street, Charlottetown. The event will feature CBC Main Street host Matt Rainnie in conversation with Lemm, as well as short readings.

Imagined Truths tells the story of Lemm’s life, growing up in cool 1960s Seattle, raised by alcoholic grandparents with a mad, absent mother and a mythic father who might or might not have died before he was born. To avoid the draft, he left “the greatest country in the world” and moved to Canada just as the Age of Aquarius was dawning. Now, having constructed a new and equally imagined identity, he uses his poet's sensibility to examine the familial myths and cultural privilege that shaped his youth: the unsettled frontier, the golden age of the 1950s, the noble warrior, the “little woman”, and the inexhaustible natural resources of the Pacific Northwest. This wry, poignant, and insightful memoir looks at growing up in a family and country you did not choose and coming of age in the country and with the people you did.

Dr. Richard Lemm has taught creative writing and literature at the University of Prince Edward Island since 1988. He is the author of six poetry collections, a short fiction collection, and a biography of Milton Acorn, Canada’s People’s Poet. A past president of The League of Canadian Poets and past co-chair of Access Copyright, he has served on juries for The Canada Council for the Arts, the Social Sciences and Humanities Research Council of Canada, the CBC Radio Literary Competition, and the Governor General’s Award for Poetry.

The launch is co-sponsored by the Bookmark, and the UPEI English Department and the Dean of Arts. Attendance is currently limited to 50 people. Register in advance at eventbrite.ca.