Panthers at Home: UPEI gears up for a busy weekend

Men’s and Women’s soccer see action, plus pre-season games in basketball and hockey 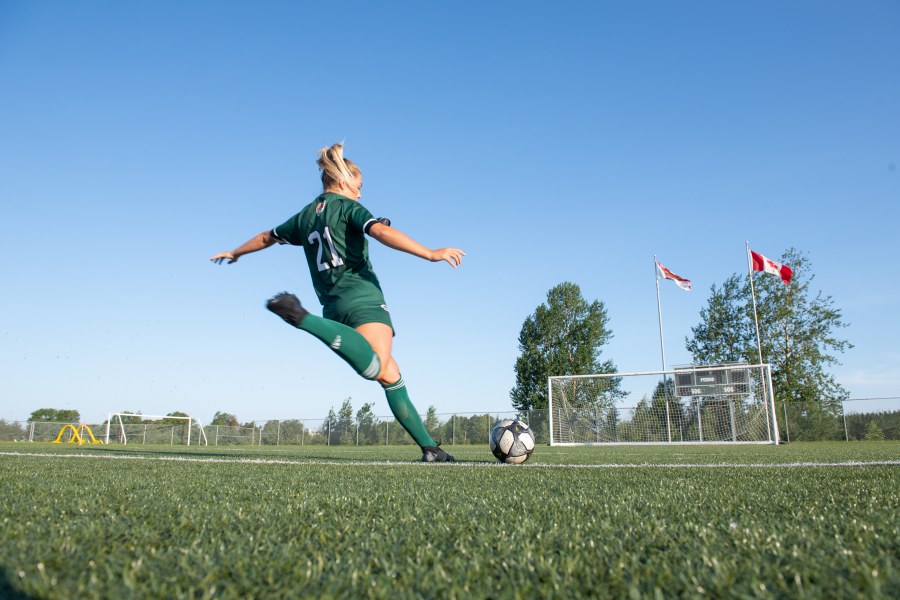 The UPEI Panthers have one of the busiest weekends of the season coming up, hosting AUS action for soccer, plus exhibition games in hockey and basketball. Here’s your Panther home schedule for the weekend of October 1–3.

The weekend kicks off tonight (Friday, October 1) with UPEI Women’s Hockey hosting Saint Mary’s University for a pre-season game on home ice. The puck drops at 7 pm in MacLauchlan Arena.

Also on Sunday, UPEI Women’s and Men’s Soccer play on their home turf in regular season matches against Cape Breton University. Lewis Page, who coaches both teams for the Panthers, says the teams will be primed and ready to go after away-games earlier in the weekend against Dalhousie.

“Dal and CBU have been a strong performer in AUS men’s and women’s soccer, but our teams have shown their resilience and competitiveness in our recent games,” said Page. “We are up for the challenge.”