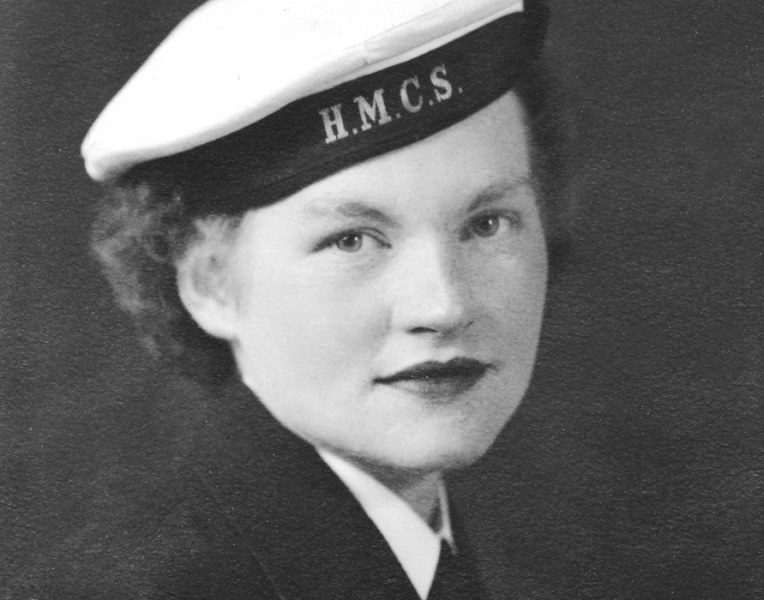 From the Jean Morley MacLean Collection

Award-winning author Katherine Dewar is launching a new book about women veterans. We’ll Meet Again shares the incredible stories of women from Prince Edward Island who served in the Second World War, from fire-watching during bombing raids in blacked-out London to surviving the sinking of a transport ship in the Mediterranean. Published by Island Studies Press, the book will be launched on October 23 in Charlottetown and November 7 in Summerside. 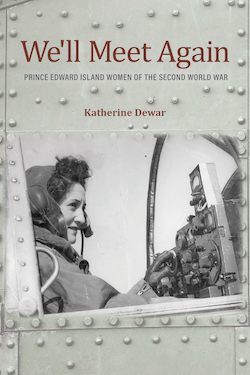 An appendix lists over 700 women from PEI who served in the Second World War, many of whom had never left the Island before attending basic training. They welcomed their new roles and responsibilities as cooks, drivers, nurses, writers, parachute packers, and entertainers. Many made lifelong friendships. A few of them even found love. After their return, many women continued to make a lasting contribution to their communities as public health nurses, dieticians, homemakers, and volunteers.

Five of the women’s uniforms are featured in a new exhibit in the Confederation Court Mall in Charlottetown. Co-curated by Captain Greg Gallant and Katherine Dewar, with assistance from Paula Kenny, the exhibit runs until the end of October.

Katherine Dewar is the author of two award-winning books, Those Splendid Girls and Called to Serve, which chronicle the lives of the military women of PEI. Dewar has been honoured by the PEI Museum and Heritage Foundation, the PEI Community Museums Association, the City of Summerside, and the Canadian Nurses Association for her contributions in recording PEI women’s history.

The Charlottetown launch will be held on Saturday, October 23, at 2 pm at Trinity United Church, 222 Richmond Street. The Summerside launch will be held on Sunday, November 7, at 2 pm at the Eptek Centre, 130 Heather Moyse Drive. Please call the Eptek Centre at 902 888-8373 to reserve your seat as space is limited in this venue. Proof of vaccination and masking are required at both events.