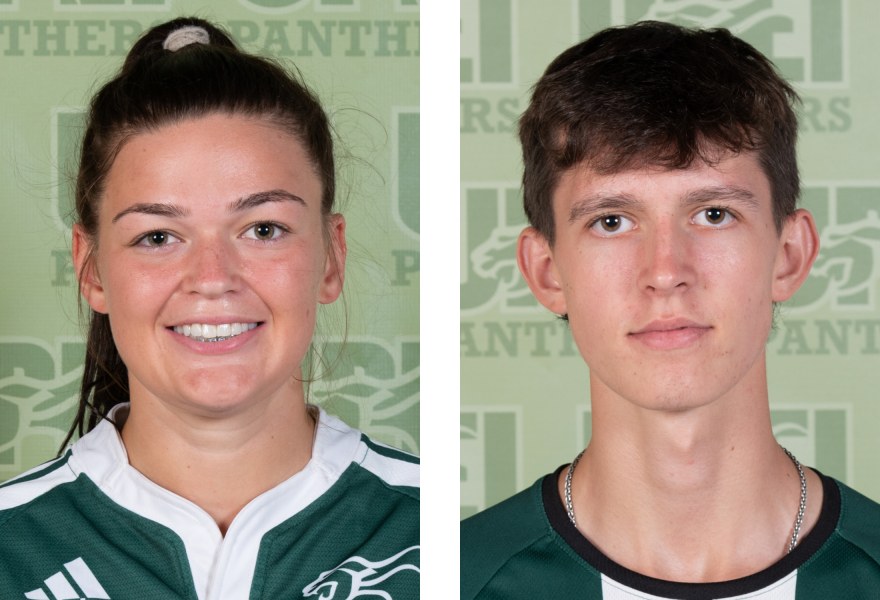 Every week, UPEI Athletics and Recreation recognizes two student-athletes for their achievements and dedication to their respective sports. This week’s UPEI Panther Subway Athletes of the Week for October 4–17 are Brinten Comeau (Women’s Rugby) and Kasper Lasia (Men’s Soccer).

Comeau is a third-year Faculty of Arts student from Hammond Plains, Nova Scotia, and a flanker on the UPEI Women’s Rugby team. She scored a try and set up two others in a 63–5 win over Saint Mary's University over the weekend. “Brinten had an outstanding game on both attack and defense against SMU,” said coach James Voye. “She scored her third try of the season and continues to set up other teammates, adding two try assists as well. The work ethic she brings to the pitch is for her team; she refuses to quit and is one of the hardest workers on the pitch every week.”

Lasia is a first-year Faculty of Business student from Ottawa, Ontario, and a midfielder on the UPEI Men’s Soccer team. He scored two goals in the Panthers’ 3–0 win over Mount Allison University and helped the team earn a point in a 0–0 draw with Dalhousie. “Kasper had a great weekend playing a key role in our midfield and contributing at each end of the field,” said coach Lewis Page.