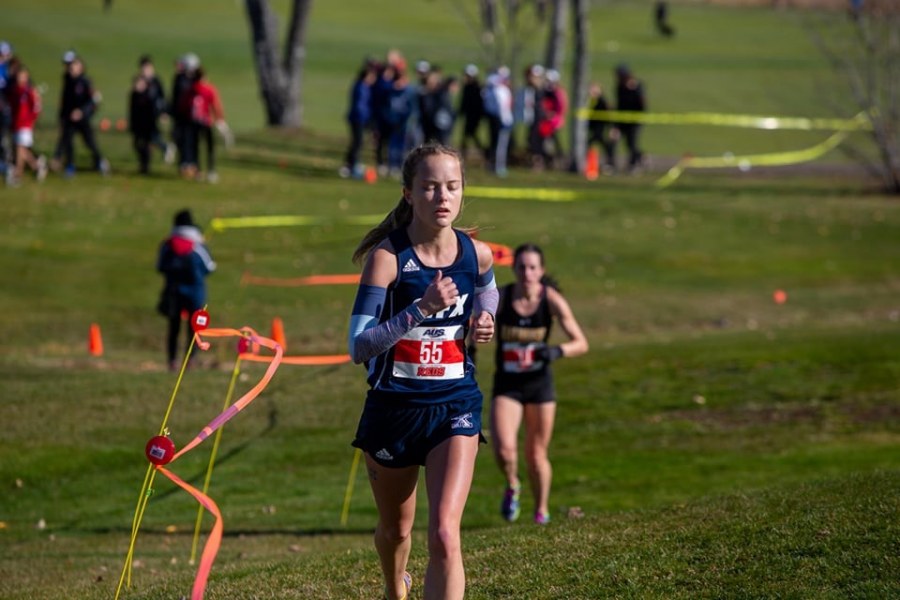 In 2017, 23-year-old Lee Wesselius came in as a veteran runner and guided the men’s team to their first-ever medal. Now, four years later, Paige Chisholm is looking to do the same for the women.

Chisholm joins UPEI after five years with St. FX, having earned four team silver medals and an all-star selection in 2019 after a fifth-place finish at the AUS Championship.

“This will be my sixth year of varsity running, so I’m coming in with a lot of experience under my belt that I hope will be beneficial and supportive to our young team,” Chisholm said. “I plan to take what I’ve learned from a successful long-standing program and share it with a newer program like UPEI to help the AUS become a stronger and more competitive conference.”

For Panthers head coach Mike Peterson, adding a runner of her calibre is a significant move in more ways than one. Peterson believes her experience, combined with her work ethic and dedication, will set a perfect example for the rest of the squad and be what they need to reach the next level.

“Despite the obvious fact that Paige has the potential to be a low stick in cross-country races, she will bring much more than that to our team. The intangibles will be more significant than anything,” Peterson said.

At first, cross-country running felt like a chore for Chisholm, but it slowly turned into a passion. She began running in middle school because her friends were doing it, and the results reflected that. Her first provincial meet didn’t go quite as planned as she recalls finishing second to last after she and a friend decided to walk and talk along the lengthy trail.

To this day, the Port Williams, NS native still isn’t sure why she stuck with the sport, but she’s glad she did. In Grade 10, Chisholm joined the only competitive running club in the Annapolis Valley, where things began to turn around for her thanks to the club’s coach Ralph Williams.

“Ralph helped me take my running to the next level,” she said. “He coached me to my first provincial team, supported me through the university recruitment process, and instilled in me a love for running.”

The 22-year-old eventually found her stride with the X-Women under the guidance of coaches Bernie Chisholm and Eric Gillis, who, along with her teammates, shaped her athletic career.

Her biggest takeaway was the value St. FX placed on the team aspect of the sport, and that’s what Peterson was drawn to and hopes Chisholm will bring to UPEI.

“The whole team will grow just from having her around,” he said. “It’s easy to get excited about the direction the woman’s team is heading in. I expect to close the gap between us and the upper echelon teams this season.”