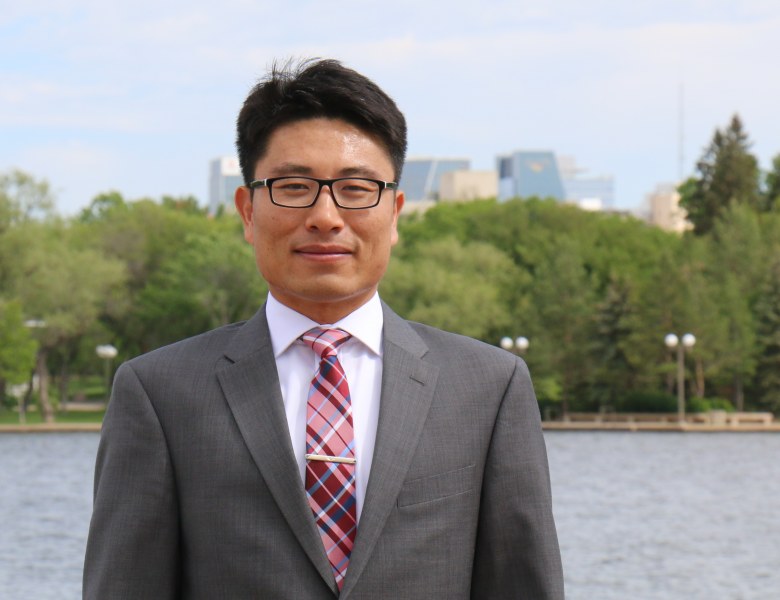 A new study argues there is still time to stabilize the Greenland ice sheet before climate change melts it forever—but the clock is ticking for us to take action. The study, led by Dr. Xander Wang, an associate professor in UPEI’s School of Climate Change and Adaptation, is published in the American Geographical Union’s journal Earth’s Future.

“Recent acceleration in the retreat of the Greenland ice sheet under a warming climate has caused unprecedented challenges and threats to coastal communities due to the rising sea level and increasing storm surges,” said Dr. Wang. “This raises a critical question from a climate mitigation perspective: Would there still be a chance to stabilize the Greenland ice sheet if the carbon reduction goals of the Paris Agreement could be met?”

In the study, the research team argues it would be possible to stabilize the ice sheet if the world takes dramatic action and immediately adopts a low-emission scenario known by climate scientists as Representative Concentration Pathway 2.6 (RCP2.6). This would require emissions to start dropping after 2020 and go to zero by 2100.

“RCP2.6 would potentially limit the warming in Greenland below 1°C within the next 30 years and constrain the loss of ice sheet coverage below 10 per cent,” wrote Dr. Wang. “After 2050, the annual mean temperature in Greenland is likely to be stabilized, and no further loss is expected to its ice sheet. However, the effective window for this chance will be closing after 2020. If no effective carbon reduction policies are being taken now, we are very likely to enter a continuous warming pathway and lose the chance of stabilizing the Greenland ice sheet.”

The paper quantifies the effects of different carbon emission scenarios on stabilizing or minimizing the warming in Greenland and the loss to its ice sheet coverage. The findings are of great significance, not only for providing some hope for climate activists to slow down the loss of the Greenland ice sheet and protect coastal communities from the rising sea level but also for urging all nations to take immediate actions to reduce carbon emissions. This research is particularly important for areas susceptible to sea-level rise, including Prince Edward Island.