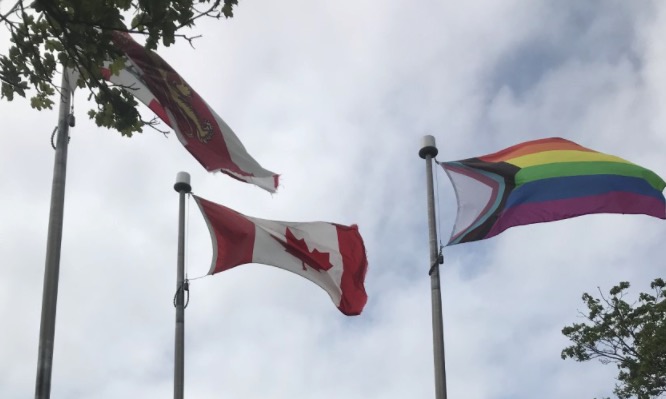 Pride flags have been raised across PEI, including at UPEI, in recognition of the 2021 PEI Pride Festival, July 18–25

In celebration of the PEI Pride Festival, July 18–25, UPEI has joined the PEI government, municipalities, and other organizations across PEI in flying the Pride flag for the week at the flag plaza near Kelley Memorial Building and at UPEI Alumni Canada Games Place.

This year marks the first time that UPEI is flying the “Progress” Pride Flag, which is a combination of the traditional Pride flag with the flag representing the transgender community. UPEI also recently partnered with the UPEI Student Union in having the Progress Pride Flag painted on the steps outside the W. A. Murphy Student Centre. 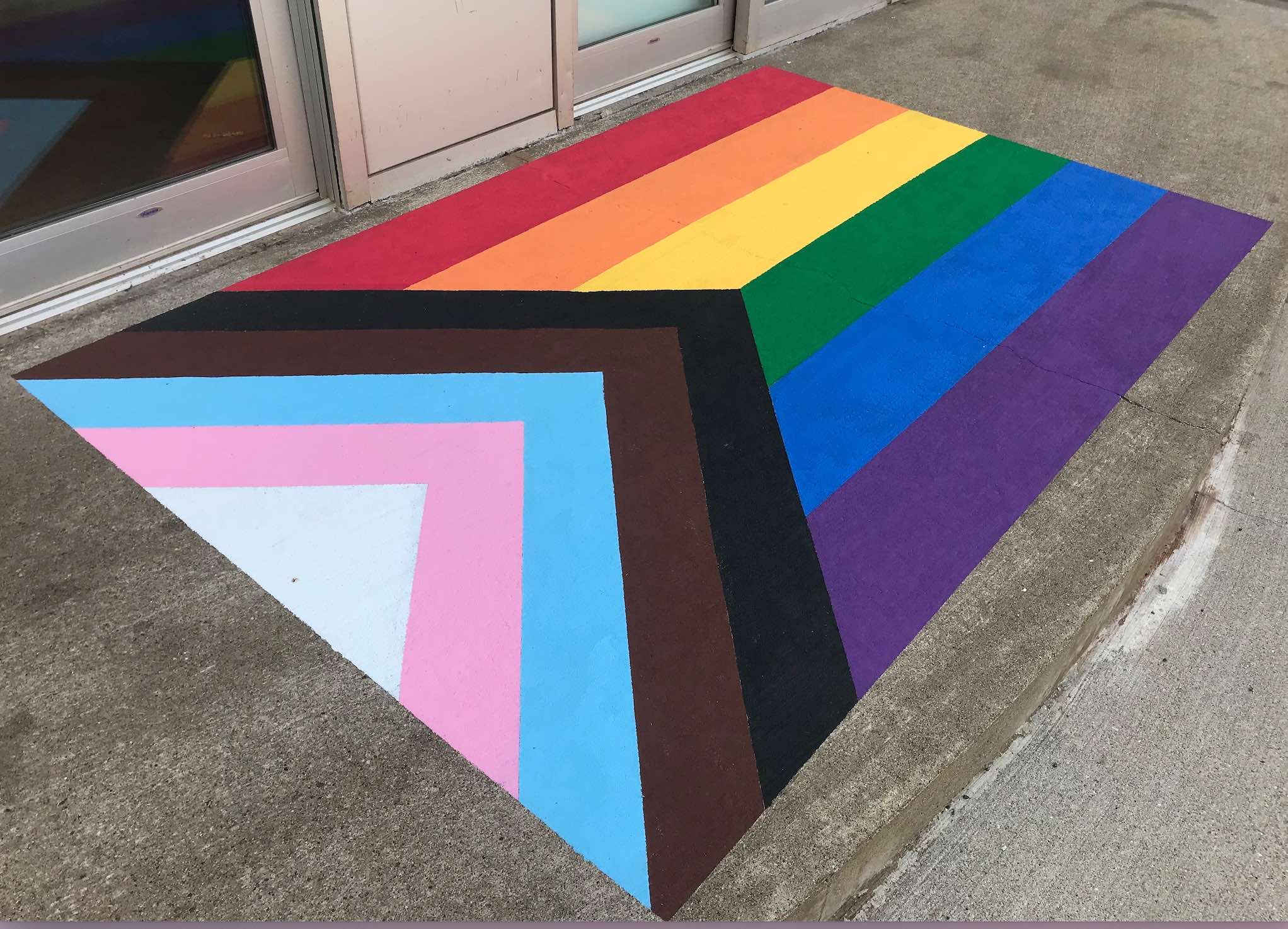 The inclusive Progress Pride Flag was designed by Daniel Quasar, a Portland, Oregon-based graphic designer who identifies as queer and non-binary. It includes the original six full-sized background colour stripes of the Pride flag plus the addition of a chevron with five half-sized stripes in white, light pink, light blue, brown, and black to represent BIPOC (Black, Indigenous, people of colour) communities, trans individuals, and those living with HIV/AIDS (and those no longer living).

The PEI Pride Festival celebrates the diversity of gender identity, sexual orientation, and gender expression, and this year includes a combination of in-person and virtual events, including the Pride March on Saturday, July 24, through the streets of Charlottetown. View the full schedule