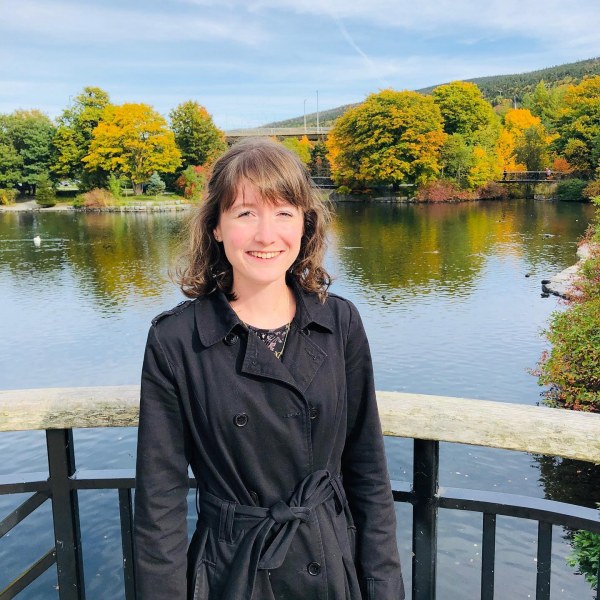 Congratulations to UPEI alumna Olivia Robinson whose first novel, The Blue Moth Motel, has been accepted for publication by Breakwater Books. Set mostly on PEI, Robinson’s novel is scheduled to be published in the fall of 2021.

Robinson graduated from UPEI in 2015 with a bachelor of arts degree majoring in English. She continued her education at Memorial University of Newfoundland, earning a master of arts degree in English with emphasis on creative writing. Her graduate program supervisor was well-known Canadian fiction writer Lisa Moore. One of Robinson’s stories is included in a forthcoming anthology of new fiction writers edited by Moore.

Robinson’s work has appeared in Riddle Fence, Cargo Literary Magazine, The Overcast, and the UPEI Arts Review. In 2017, she was shortlisted for Room Magazine's fiction contest, and in 2020 for the Newfoundland and Labrador Credit Union’s Fresh Fish Award. Also in 2017, she completed a writing residency with the Tilting Recreation and Cultural Society on Fogo Island, which was where she first started writing The Blue Moth Motel.

“I really owe a lot to UPEI and to my professors, Dr. Richard Lemm and Dr. Brent MacLaine specifically, in my journey to become a writer,” she said. “It was at UPEI where I truly felt like it (writing) was something I could do.”

Originally from Nova Scotia, Robinson lives in St. John's, Newfoundland and Labrador, where she works in home care and at a therapeutic horse riding centre.