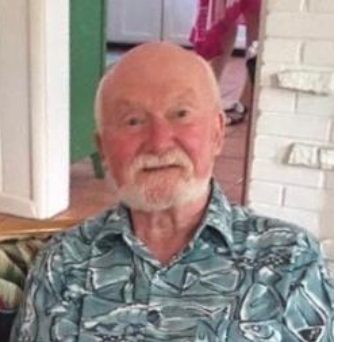 UPEI Founder Verner Smitheram pays tribute to his former colleague and dear friend, Dr. Andy Robb, Professor Emeritus of History and Canadian Studies, who passed away on September 4, 2020. The University of Prince Edward Island has lowered the flags to half-mast in his memory.

Andy’s career as a Professor at UPEI spanned 32 years from 1971 to 2003. Long before the idea was well accepted, he succeeded in promoting interdisciplinary studies. First, he was the founding Director of Canadian Studies within the History Department; then he was the first Director of University 100, an innovative, interdisciplinary program designed to help first-year students develop skills, values, and intellectual resources for success in university. UPEI was among the first in the country to establish a model that was subsequently widely adopted.

His deep concern for student engagement led him to be an early promoter of workshops and publications on active teaching methods. His excellence and influence were recognized by the 1996 Association of Atlantic Universities' Instructional Leadership Award. The citation for the award included:

Espousing the belief that teaching skills transcend the ability to lecture well, Andy Robb studies, uses and promotes improved pedagogical methods. He was instrumental in the establishment of the UPEI Senate Committee for the Enhancement of Teaching. Colleagues attest to the fact that teaching at the University of Prince Edward Island has benefited immensely from the energy, activities and example of Andy Robb and that many have become better teachers because of him. An outstanding scholar who has distinguished himself in the Canadian context, Andy Robb has been invited to offer presentations at regional, national and international conferences and is acknowledged by one of his peers as being in the vanguard of development and of research in courses dedicated to improving the skills of first year students.

Within the University, his colleagues recognized him as a role model for his innovative commitment to enhancing the student learning experience and for his kind, empathic spirit and deep personal integrity.

Andy loved UPEI and spared no effort to contribute to a wide variety of committees, projects, and discussions. His responsiveness to people made him a pleasure to be with whether in class, on committees, on the tennis court, or at a social gathering. He will long be fondly remembered.

Condolences may be sent to AndyRobbCondolences@gmail.com or 206 Birkallum Drive, Mermaid PE. C1B 0T6, or on the Hillsboro Funeral Home website.