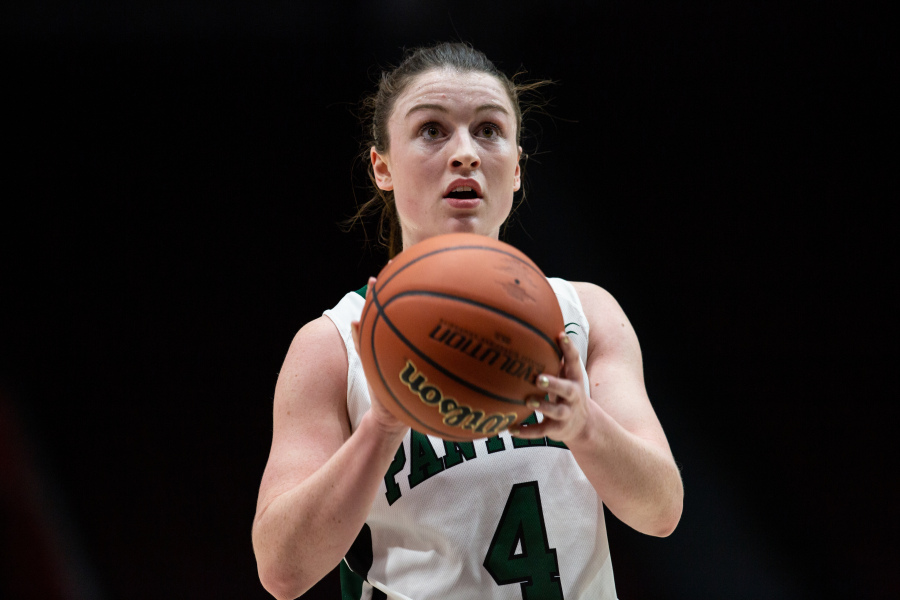 U SPORTS photo by Greg Mason

Visit https://usports.ca/en/special-events/aoty/vote and vote for Jenna Mae! The popular vote will contribute to 25 per cent of the selection criteria. Voting closes June 21 at noon. Vote today, and send the link to your friends!

Jenna Mae Ellsworth, a five-foot-10 guard with the U SPORTS bronze medallist UPEI Panthers, was the recipient of the 2019–20 Nann Copp Award as U SPORTS Player of the Year.

With the honour, Ellsworth became the final member of the Top 100 Players of the Century, in celebration of the centennial anniversary of U SPORTS women's basketball.

In addition to being named U SPORTS MVP, she also earned a place on the U SPORTS First All-Canadian squad for the first time in her career. She is just the third Atlantic conference player to ever be honoured as the national MVP in women's basketball.

At the conference level, Ellsworth was honoured as the Atlantic University Sport (AUS) Most Valuable Player , the AUS Defensive Player of the Year, and as an AUS first team all-star. She is a three-time AUS second team all-star and also earned Rookie of the Year nods and a place on the AUS all-rookie team in her inaugural season with the Panthers in 2016–17.

With 1,231 career points scored in four seasons, Ellsworth sits tied for second in UPEI school history with a year of eligibility remaining.

At the 2020 Subway AUS Women’s Basketball Championship, Ellsworth was named Subway Player of the Game in UPEI’s semi-final win and then a tournament all-star as the Panthers earned the program’s first conference title since 1998.

She then led her team to U SPORTS bronze with a game-high 24 points to go along with nine rebounds in the 5–-50 win over Laval and was named a championship all-star.

Ellsworth is just UPEI’s fourth-ever nominee for the Lieutenant Governor Athletic Awards, and is hoping to become the first winner, with the last finalist being basketball standout Curtis Robinson in 1996.