UPEI announces the Panther Subway Athletes of the Week, October 28 to November 3 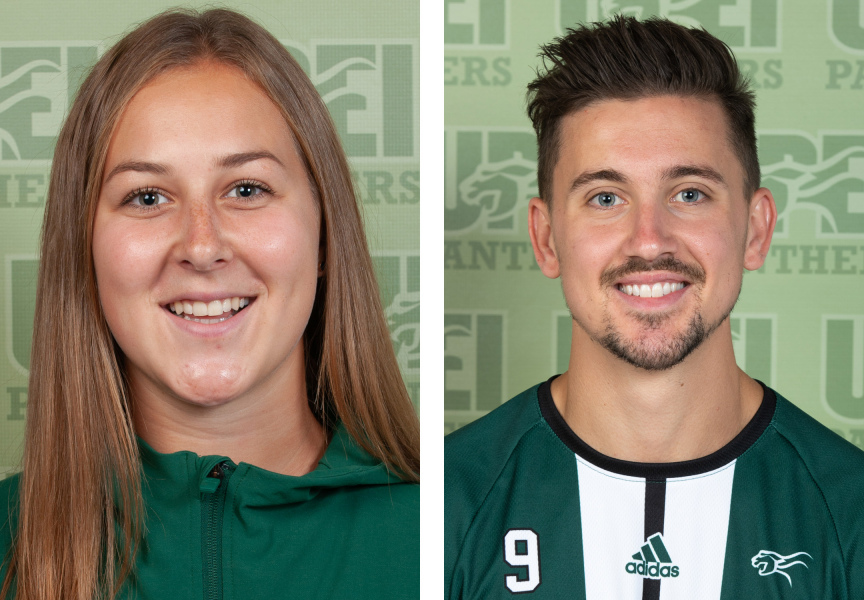 Every week, UPEI Athletics and Recreation recognizes two student-athletes for their achievements and dedication to their respective sports. Congratulations to Sophie Vandale and Sam Smiley, the UPEI Panther Subway Athletes of the Week for October 28 to November 3.

Vandale is a third-year science major from Winnipeg, Manitoba, and plays defence on the UPEI women’s hockey team. She scored a goal and an assist in a weekend game against UNB. She also led a defensive unit that went a perfect 2–0 weekend against UNB and Mount Allison. “Sophie brings a lot of leadership to the team and the backline,” said coach Bruce Donaldson. “She helped us shut down our opponents and limited their opportunities.”

Smiley is a fifth-year midfielder on the UPEI men’s soccer team and an arts major from Stratford, PEI. He scored the winning goal in the 92nd minute in the Panthers’ quarter final match against UNB. “Sam scored the game-winner in overtime versus the nationally-ranked UNB Reds and was named an AUS All-Star,” said coach Lewis Page. “The fifth-year senior played his heart out in both playoff games leading the team from the front with his attacking skills and tireless running.”