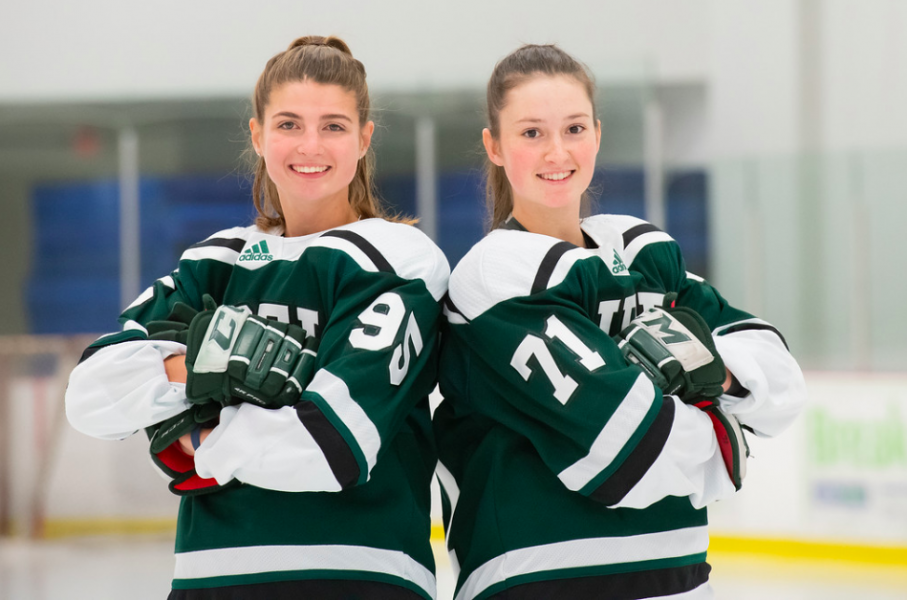 Join us this Saturday for a double header as UPEI’s women’s and men’s hockey teams play their last home games before the December break.

Saturday’s action begins at 4 pm in MacLauchlan Arena as UPEI’s women’s hockey hosts St. Francis Xavier University. The Panthers have had an outstanding start to the season with just two losses, putting them in second place in the AUS.

“It’s a very hard swing this weekend, playing Dalhousie on Friday night, getting home late, and taking on the high-flying St. FX team,” said coach Bruce Donaldson. “Dal is coming off a very impressive win over Université de Moncton, and St. FX has one of the top goal scorers in the conference. As a team, we need to be better than last weekend. It was great getting the four points, but as a team, we need to execute better in certain situations.”

The AUS action continues as the UPEI men host Dalhousie University at 7 pm.

“It is important for us to continue to improve and finish the first half with a good effort,” said coach Forbes MacPherson. “Saturday’s game will set the stage for the second half of the year. We will be expecting our group to be dialled in and ready for a great performance.”

Bring a non-perishable food item for the Campus Food Bank and receive a free hot chocolate!