UPEI announces the Panther Subway Athletes of the Week, September 30 to October 6 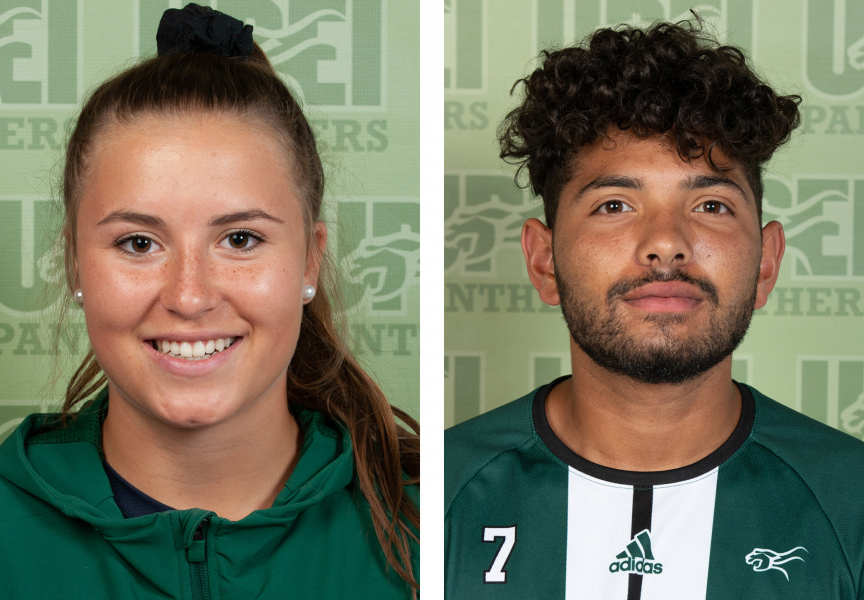 Every week, UPEI Athletics and Recreation recognizes two student-athletes for their achievements and dedication to their respective sports. Congratulations to Camille Scherger and Cohen Reddick-Stevens, the UPEI Panther Subway Athletes of the Week for September 30 to October 6.

Scherger is a third-year goalie on the UPEI women’s hockey team and a science student from Lloydminster, Alberta. She earned back-to-back shutouts to open the season, including a 28-save performance against UNB. “Schugs has come into this season in great shape, ready to compete, and to continue her leadership role,” said coach Bruce Donaldson. “She made some key saves for us, which gives the team a lift. It’s a great way to start for our entire team.”

Reddick-Stevens is a fourth-year forward on the UPEI men’s soccer team and a science student from Cole Harbour, Nova Scotia. He returned to the field this weekend after an injury and scored a goal against UNB. “Cohen showed tremendous grit in coming back and playing a full 90 minutes for us, scoring one and creating many other chances,” said coach Lewis Page.