“Madness on trial: A transatlantic history of English civil law and lunacy” is published by Manchester University Press 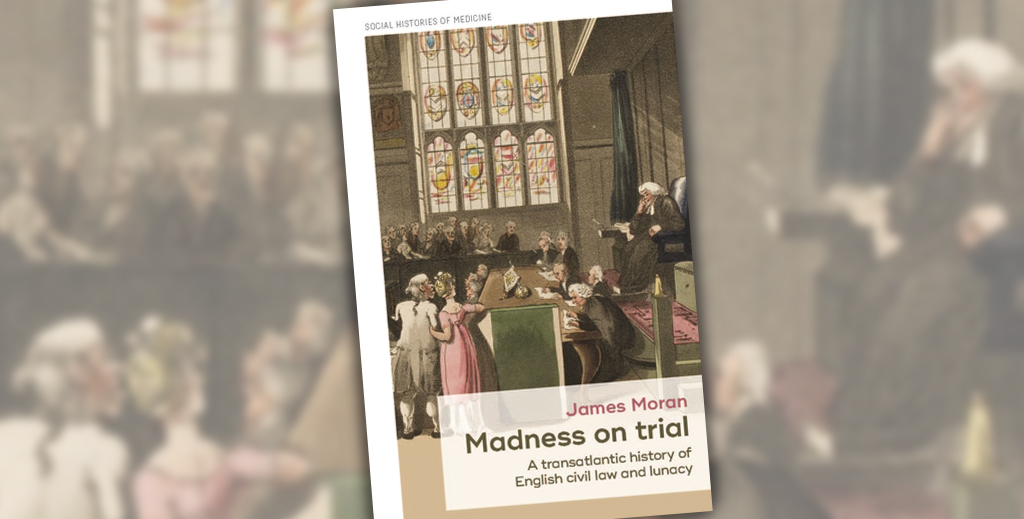 Madness on trial is published by Manchester University Press

A new book by UPEI’s Dr. James Moran examines the history of madness in civil law on both sides of the Atlantic. Madness on trial: A transatlantic history of English civil law and lunacy digs deep into a little-understood subject and finds rich original sources to inform us of the changing perceptions of mental illness over time. Dr. Moran is a professor in and chair of the Department of History at UPEI.

This book examines the powerful influence of civil law on understandings and responses to madness in England and in New Jersey. The influence of civil law on the history of madness has not hitherto been of major academic investigation. This body of law, established and developed over a five hundred year period, greatly influenced how those from England's propertied classes understood and responded to madness. Moreover, the civil law governing the response to madness in England was successfully exported into several of its colonies, including New Jersey. Drawing on a well preserved and rare collection of trials in lunacy in New Jersey, this book reveals the important ties of civil law, local custom and perceptions of madness in transatlantic perspectives. This book will be highly relevant to scholars interested in law, medicine, psychiatry and madness studies, as well as contemporary issues in mental capacity and guardianship.