UPEI announces the Panther Subway Athletes of the Week, September 16 to 22 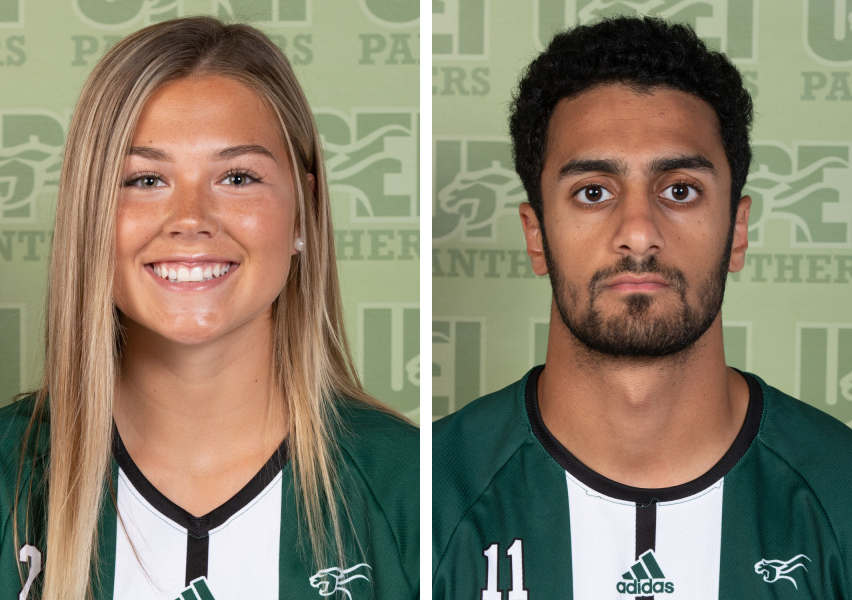 Every week, UPEI Athletics and Recreation recognizes two student athletes for their achievements and dedication to their respective sports. Congratulations to Caitlyn McCloskey and Mohammad Jaber, the UPEI Panther Subway Athletes of the Week for September 16 to 22.

McCloskey is a first-year midfielder on the women’s soccer team and a science student from North Wiltshire, PEI. She scored her first two AUS goals over the weekend, one against Memorial University and one against Université de Moncton. “She really stepped it up this weekend and was solid in her one-on-one battles,” said coach Glen Miller. “She scored two beautiful goals and made a lot of good decision; it was great to see.”

Jaber is a fourth-year striker on the men’s soccer team and a science student from Halifax, Nova Scotia. This is Jaber’s second consecutive Athlete of the Week nod, but it’s hard to argue with the performance he put on this weekend. He scored two goals and an assist, leading the Panthers to a perfect six-point weekend. “Moe was outstanding not just with his goals and his assist, but the physicality and work rate up front really set the tone for the whole team,” said coach Lewis Page.