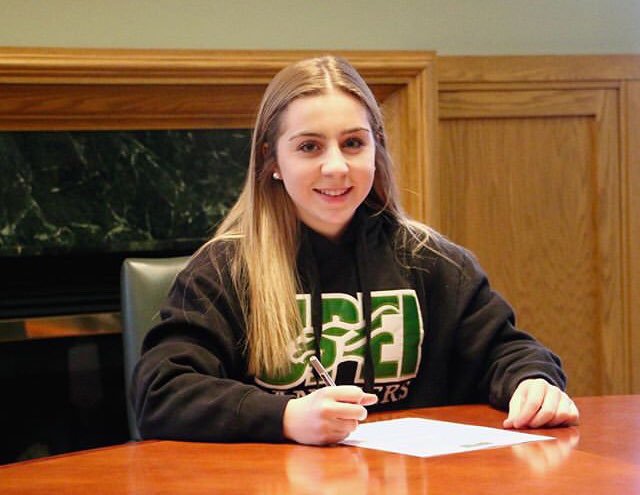 Bruce Donaldson, coach of the UPEI Women’s Hockey team, announced today Tiah Scichilone has committed to the Panthers. Scichilone is a forward from Saint John, New Brunswick, where she made her mark on the Rothesay Netherwood School varsity girls team.

“Tiah has Island roots, as her grandparents are from PEI,” said Donaldson. “Tiah brings a great hockey IQ to the game, and while she is small in stature, she plays way bigger than she actually is. She has an amazing work ethic. She’s a true team player and loves to compete.”

“It means the world to me to play for the UPEI Panthers,” said Scichilone. “I have close family in PEI and I feel honoured to play for such a well respected coach and hockey team. It always just felt like a great fit for me. My grandmother, Cheryl Callaghan, is really excited to watch me play on home ice. She keeps telling me how proud my grandfather would have been to see me play in a Panthers jersey.”

Scichilone has been accepted into UPEI Faculty of Science.