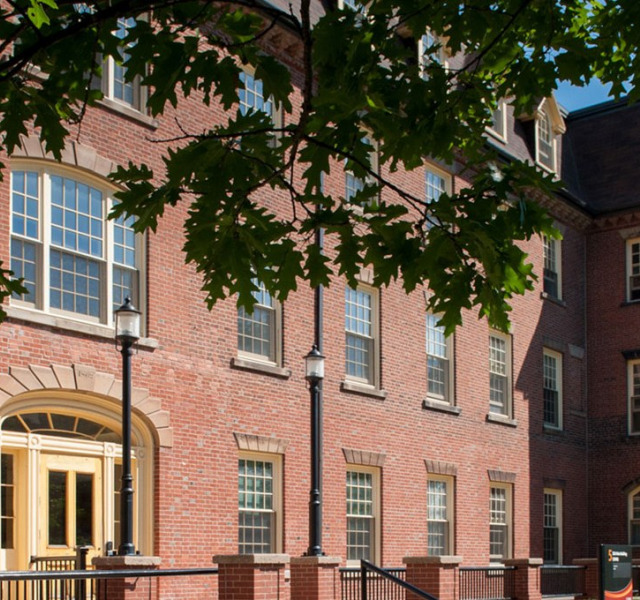 Wanda Wyatt Dining Hall
Your search has returned no results.

The Wanda Wyatt Dining Hall was built in 1990 in time for the Canada Winter Games in 1991, when the UPEI campus became the Games’ athletes’ village. The dining hall was named for its patron, Ms. Wanda Wyatt, a well-known and much-loved philanthropist and patron of the Arts from Summerside, Prince Edward Island.

This building is physically joined to Andrew Hall and its dining area has been expanded and the food service area underwent significant upgrades during the summer of 2005.