Skip to main content
Sung Ha Shin-Bouey
Your search has returned no results. 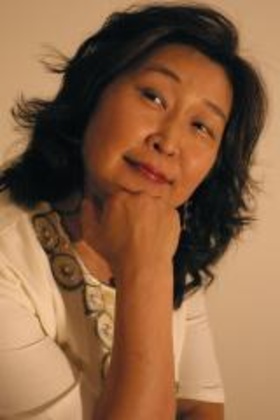 Soprano Sung Ha Shin-Bouey is a prize winner of several international vocal competitions, including the Britten Prize in England and the Francisco Vinas in Spain, and was a Finalist in the Pavarotti Competition. She received a Bachelor of Music Degree in Performance and an Honours Opera Diploma from University of Toronto, and a Master of Music in Performance (minor in Choral Conducting) from University of Victoria. She attended various vocal and opera programs at the Banff School of Fine Arts and the Britten-Pears School of Music for Advanced Studies in England, and career development studies in England, Italy, and Germany which were funded by the Ontario and Canada Council Arts Grants.

Ms. Shin-Bouey has performed numerous recitals in Canada, Italy, Germany, England, the United States, and Israel. She was featured on CBC Radio & Television, CTV Television, BBC Radio & Television, and Israel Radio. She has performed with the English Chamber Orchestra, L'Orquestra del Gran Teatro de Liceo, the Aldeburgh Chamber Players, the Britten-Pears Orchestra, the Vancouver Symphony, the Calgary Philharmonic, Symphony Nova Scotia, I Musici di Montreal, the Toronto Chamber Players, the Victoria Chamber Players, the Niagara Symphony, and the PEI Symphony. She has also performed extensively in Oratorio with many prestigious choirs, including Kings College Choir of Cambridge, The Aldeburgh Festival Chorus, the London Jubilate Singers, and the Vancouver Bach Choir. In Chamber Music, she has collaborated with the Arthur LeBlanc String Quartet, the Blue Engine String Quartet, the Very Necessary String Quartet, the Claudel String Quartet, and the Rhapsody Quintet. Her highly praised debut solo CD, Beautiful Dreamer*, produced by CBC All the Best, was nominated for an ECMA in 2005.

Ms. Shin-Bouey also has extensive background as a choir director. She studied both choral and orchestral conducting at the Royal Conservatory of Music of Toronto, the University of Toronto, and the University of Victoria. She is currently an Associate Professor at the University of PEI, where she is the director of the vocal and choral programs. She is the founder and the music director of Le Ragazze, a PEI girls performing ensemble, and the UPEI SPAA (Summer Performing Arts Academy). In addition to her busy teaching and performing schedule, she is in demand as a clinician and adjudicator.

"Beautiful Dreamer reveals an artist of the highest calibre, blessed with a fine voice and appealing musicality. The settings of variety of styles, sustain interest, as effortless technique and sheer beauty of her voice maintain unity." —Stephen Pedersen, The Chronicle Herald