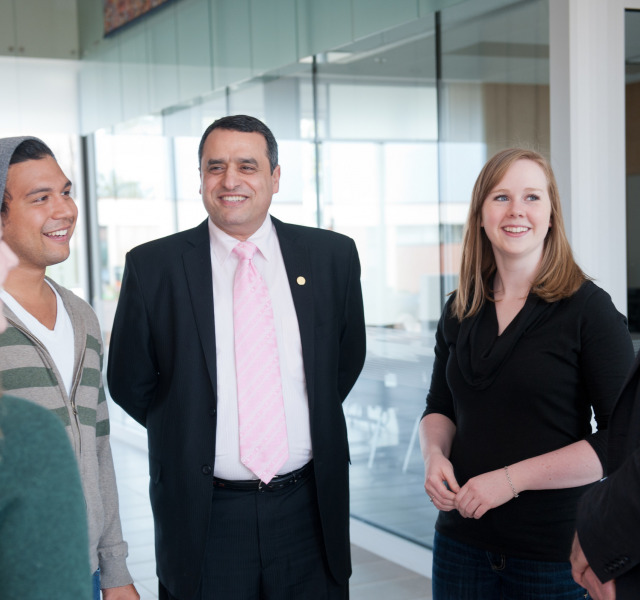 President Recognition Award of Merit for Campus Spirit
Your search has returned no results.

Purpose
The Presidential Recognition Award of Merit for Campus Spirit will be presented to a UPEI employee who has fostered a sense of excitement on campus and promoted fellowship, goodwill, and belonging within the University community, by supporting and promoting UPEI.